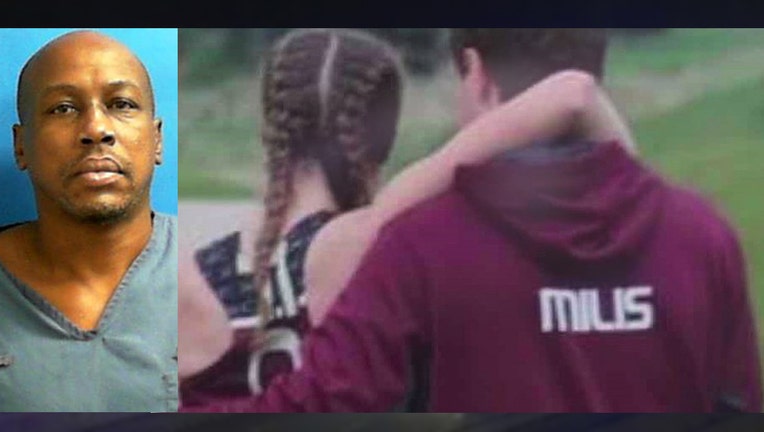 DAYTONA BEACH, Fla. - The carjacking suspect who crashed into a vehicle while driving the wrong way on a Florida interstate, killing two young adults and injuring two minors, has been identified by deputies.

Two siblings from Wisconsin were killed and two of their young relatives were injured in a crash on Interstate 95 (I-95) in Daytona Beach. They were driving on the interstate when a carjacking suspect was fleeing police and going speeds up to 120 mph. The driver started to drive the wrong way on the interstate when he crashed into the victims.

The victims who died, 21-year-old Domynick Milis and 18-year-old Danycka Milis, were following their parents’ vehicle after viewing the holiday display at Daytona International Speedway, Volusia County Sheriff Mike Chitwood said. They had just missed their exit before the crash happened.

A brother and sister were killed by an alleged carjacking suspect who was traveling the wrong way down Interstate 95 on Tuesday night. The news has left their hometown in Wisconsin devastated.

Sheriff Chitwood said that the suspect, who also died in the crash, had a 200-page criminal history that included 50 previous arrests and eight stays in prison. He has since been identified as 47-year-old Reginald Lamar Harris. His driver's license was revoked in 2000 and he was known to commit multiple felony robberies with a firearm, home invasion with a firearm, aggravated assault, grand theft, and drug possession.

"I don’t know what you say to the family," Sheriff Mike Chitwood said. "They have a great night at Christmas lights and their kids are murdered – and that’s what they were: Murdered."

The crash happened on Tuesday and took the lives of three people, including the carjacking suspect who caused it.

Their mother, Tina, shared a message on a GoFundMe set up for the family to help cover funeral costs:

"I can’t make sense of this or wrap my head around the last 20 hours. Domynick and Danycka were the best of friends and I am thankful they had each other on their journey to heaven. I know they had so many waiting at the gates to welcome them home."

"Domynick and Danycka were both organ donors so someone will be able to see this beautiful world through their eyes, hear their heartbeat a bit stronger with new valves and walk a little taller with new veins."

You can donate to the GoFundMe HERE.