Fishing is a family affair for Tampa man and wife

TAMPA, Fla. - It’s a story of food and family. The food is delicious, wild-caught, Alaskan salmon. The family is the Neals.

Siri Neal lives in the Tampa Bay area with his wife, Lesa Graham. Extended members of their family gather each June and July in Alaska for two months of hard work that they call fish camp.

"Every year, we go up there and bond as a family and work together," says Siri. "Sometimes we work 15 hours straight with a little bit of sleep. We eat and we go back out."

The family business is called the Popsie Fish Company, named for Siri’s grandfather. It was formed in 1987.

They say the fresh, wild salmon from Bristol Bay is healthier and tastier than farm-raised fish. They flash freeze the fish and distribute it to places as far away as Tampa, where Siri and Lesa market it to stores like Abby’s Health and Nutrition, Rollin’ Oates, and Nature’s Food Patch. 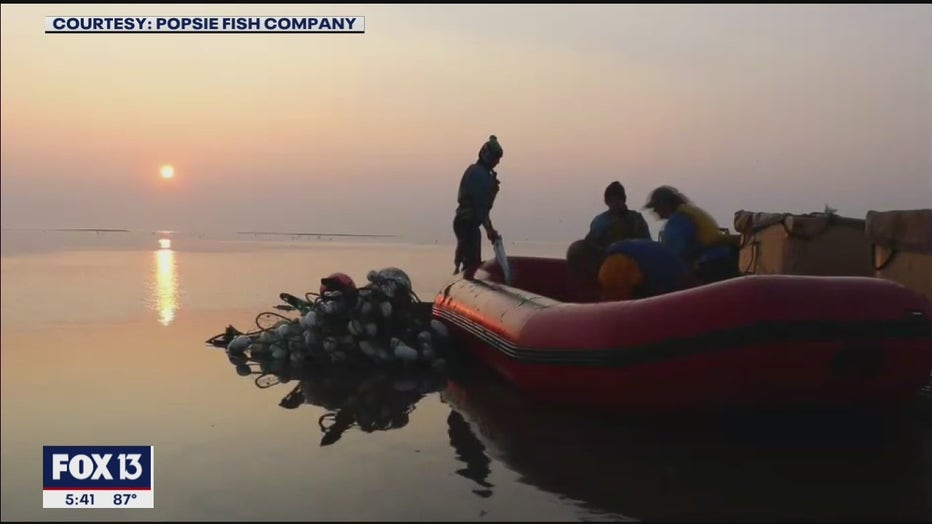 But as good as the fish is, so is the story of how Siri became part of the fishing family. It started a long way from Alaska.

"I was born in India, Calcutta," says Siri. "I actually got lost on the streets when I was five. I was on the streets for two years and I was put in an orphanage"

Tony and Gwen Neal adopted him when he was 7 and Siri became an Alaskan.

He’s fished with the family every summer ever since. Siri decided to move to Florida several years ago to work with an uncle in the development business. He met Lesa, a native of Jamaica, online. After they started dating Siri asked her if she would like to come to fish camp.

It turned out to be much harder, but also rewarding.

Now she takes care of invoices and other administrative tasks along with marketing the family’s special salmon.

"I’m letting them know that we’re providing this quality salmon to you so come on and get it," she smiles.

They believe their efforts are paying off. Popsie Fish Company salmon is now available on Amazon. For more information visit www.popsiefishco.com