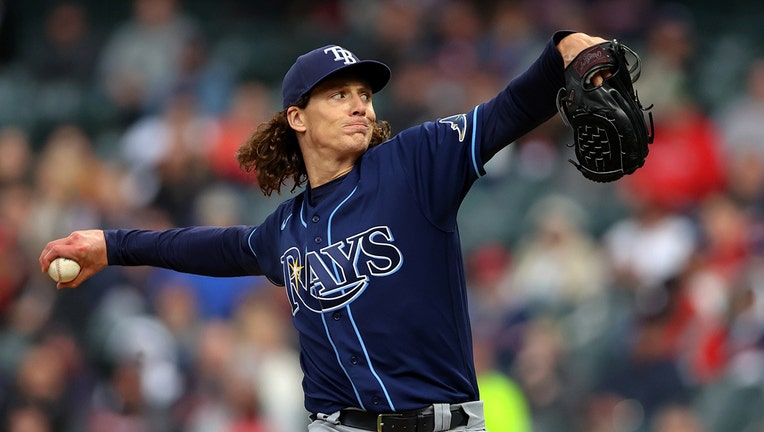 CLEVELAND, OH - SEPTEMBER 28: Tampa Bay Rays starting pitcher Tyler Glasnow (20) delivers a pitch to the plate during the second inning of the Major League Baseball game between the Tampa Bay Rays and Cleveland Guardians on September 28, 2022, at Pro

CLEVELAND, Ohio - The wild-card series is set for the Tampa Bay Rays. Friday, the team and Cleveland Guardians will meet for Game 1 in a best-of-three series.

Game 2 will be Saturday and, if needed, Game 3 will be Sunday. The entire Major League Baseball playoff picture came into focus Tuesday night. The matchups were finally set, right before the last day of the regular season.

All four series begin this weekend. Three days in a row with no breaks and the higher seed hosts every game.

In the American League, in addition to the Rays-Guardian matchup, the Seattle Mariners will face the Toronto Blue Jays.

This will be Cleveland’s first postseason appearance as the Guardians. The team hasn’t won the World Series since 1948. Randy Arozarena, already established as a playoff star, will try to boost the Rays to the first championship in franchise history.

The Guardians went 4-2 against the Rays this year, winning two of three last week at Progressive Field. All three games in the series were decided by one run, with two going to extra innings.

"It will be a good environment," Tampa Bay second baseman Taylor Walls. "It’s a good thing that we just went there. ... I know the guys are amped up. We’re ready to be there."