TAMPA, Fla. - A Tampa cheerleading team is heading to the Allstar World Championships in Orlando after finishing in first place in the premier championships.

"We were so excited," said Felnicia Williams, director and coach of Ultimate Thunder All Stars. "It was such a surprise."

The Lady Lightning cheerleading team just won first place in the premier championships competition that was held in Tampa.

"I'm having a lot of fun and I've bonded with a lot of the other girls on the team," said 16-year-old Maya Johnson. "I really like it."

The team competed against 41 other teams from around the U.S.

"I felt like it was a good competition. I felt it even before we went on that mat that we were going to kill it and we did," added Maya. 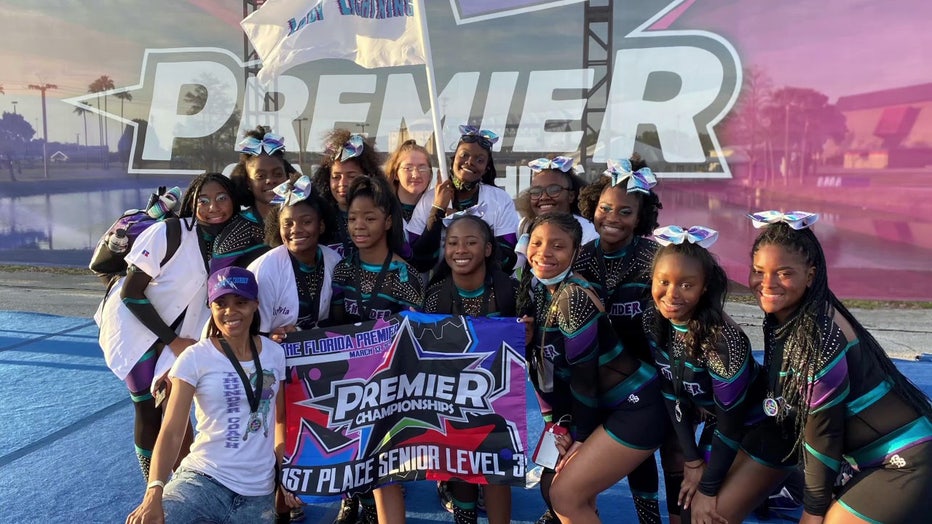 Teammate Nikki Troupe said it was a fulfilling experience.

"You feel like, 'I really just did it.' It's kind of like that runner's high, but we call it cheerleader high," Nikki said.

Coach Williams says it's important to bond with the girls on the team.

"We are a family and that's what I base this program on," Williams said. "Togetherness, unity, oneness."

The Lady Lightning will be heading to Orlando next month.