Tampa Hope is a tent city in Ybor City with showers, bathrooms, and a kitchen. It’s funded, in part, by the city and run by Catholic Charities.

Shuler said he’s been homeless for about three years, unable to do the brick laying and other construction jobs he held for much of his life. He’s been here for four months.

He’s one of the many Castor believes can be helped through various city programs. 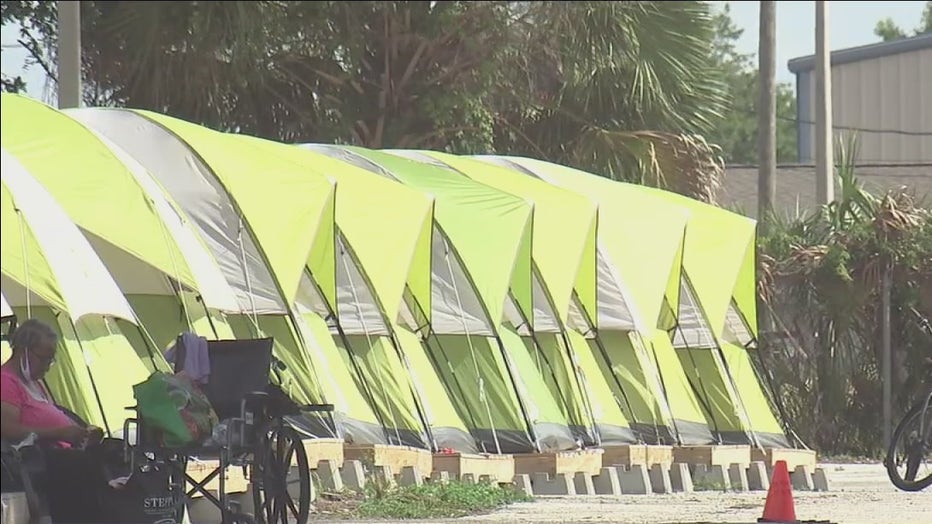 "We’ve got homeless youth, we have individuals, and we have families that are out on the streets struggling," said Castor, who has sent liasons to city streets to convince homeless people to take advantage of programs like Tampa Hope.

Darrius Stallworth is one of the city liasons. Once homeless himself, he believes he has a better shot at connecting with homeless people than police officers do.

"My hope is they want it as much as I want it for them. I can’t push them to do it," said Stallworth. "When I’m in contact with them I hope they’re ready."

Not all of them are, but Tampa Hope is gearing up to handle more homeless people. They plan to break ground later this year for 200 Hope Cottages. They are small, one-room structures with electricity, heat and bedding. Bathroom, shower, and kitchen facilities will also be expanded here.

If you would like to help, Text TAMPAHOPE to 91999 (word is NOT case dependent).