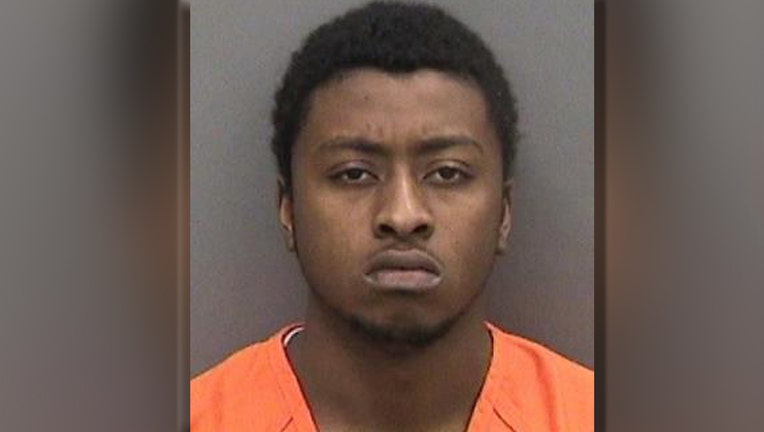 According to the Tampa Police Department, Jones approached the first victims shortly after 11 a.m. on Jan. 16 in the Palm Ave. garage. Police said he pointed a gun at them, demanded property and fled on a bicycle after a brief struggle with one of the victims.

Later that day, Jones followed other victims through a parking lot on his bicycle, pointed a handgun and demanded property, police said. According to officers, he fled with the victim's jewelry, air pods, wallet, cell phone, and various credit cards.

Three days later, Jones allegedly snatched a victim’s purse from her hands as he passed her on a gas-powered mini-bike.

On Jan. 22, officers responded to Jones’ address, where a mini-bike was parked on the side of the house. Police arrested Jones a short time later as he exited the residence. At the time of the arrest, Jones had a pair of air pods on him that were taken during the second robbery. Officers also found a firearm, clothing worn during all three robberies, and property of the victims inside Jones’ house.