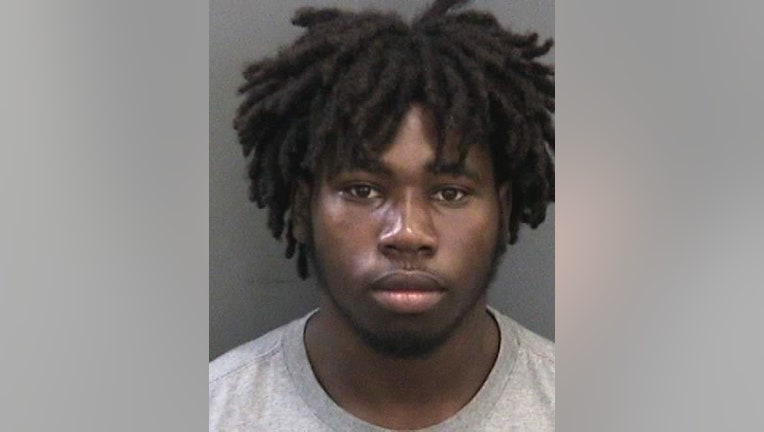 Around 2:30 a.m., police said the victim was delivering pizza to an address in the 11300 block of Autumn Court. The victim left his car running, went to the apartment unit, and learned the occupant did not order pizza.

As the victim was heading back to his vehicle, he was stopped by the suspect, Nehiemiah Miller, and an unidentified man, police said. Both "forcefully" took the pizza and chicken wings from the victim.

After the victim entered his vehicle, he noticed his cell phone and wallet were missing, police said.

Officers linked the phone number used to place the order to Miller’s location, they said. When they found Miller, officers said they found the box that contained the pizza and wings, the delivery bag, and the victim’s wallet.

Miller was arrested on charges of burglary of an unoccupied conveyance, robbery by sudden snatching, and petit theft.

The second suspect is described as a medium-build black man, about 5’7 feet tall, and could be in his late teen or early 20s.