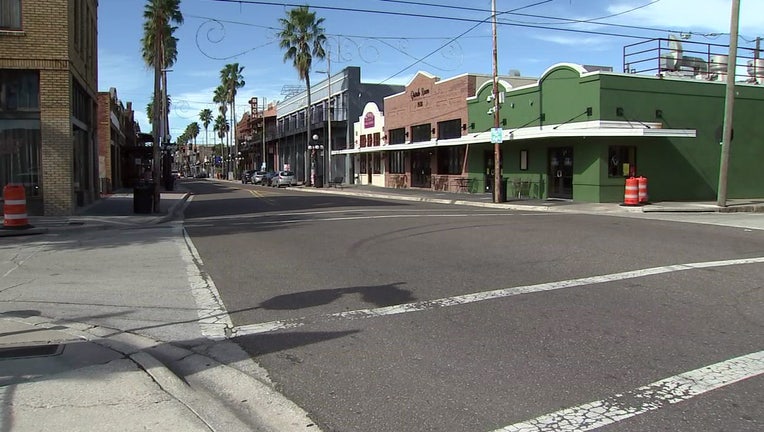 TAMPA, Fla. - City officials in Tampa are hoping to get more young adults vaccinated with a new campaign.

They’re hoping to create a party-like atmosphere where people can get vaccinated and get a bonus freebie along with their free Johnson & Johnson shot at a pop-up clinic right on 7th Avenue in Ybor City.

Its part of a campaign’s slogan is called "Vaccy and Vacay" -- the idea being to get more people -- especially young adults -- vaccinated before the Memorial Day holiday.

They’re specifically targeting those in the 18 to 24 age group, because that’s the group that has the highest number of infections in Hillsborough County, according to statistics from the Florida Department of Health. 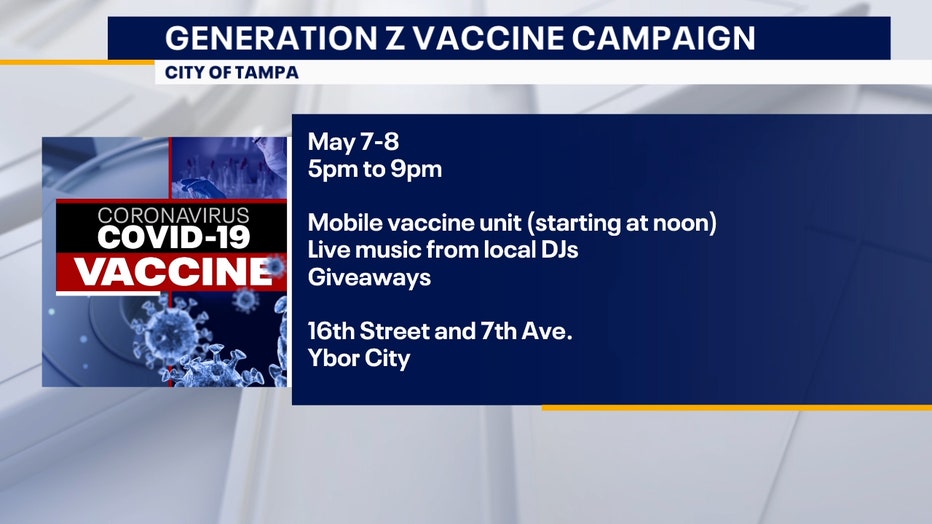 Even though the virus is spreading rapidly among this age group, polls also show those within that age range aren’t really motivated to get the vaccine. Research finds they just don’t consider themselves high-risk and even if they’re not against the vaccine, many won’t go out of their way to get it.

That’s why disease experts said it’s important for local health departments to come up with ways to reach them.

"Rather than make it a chore, make it something that’s a social event, like all your friends together and go, it might be more of a different mindset," said Angela Makris of the Florida Prevention Research Center with USF Health. "Right now, it’s more of a duty rather than a social event which, at that age, is quite important."

That’s what Tampa Mayor Jane Castor said she hopes to do by creating a party-like atmosphere, and a fun way to bring the vaccine to young people this weekend.

The mobile clinic will start at noon Friday and Saturday at the intersection of 16th Street and 7th Avenue, and from 5 p.m. to 9 p.m., they’ll have DJs spinning and plenty of giveaways both nights.

Those who get the free shot this weekend will get a voucher to one of the nearby Ybor establishments.