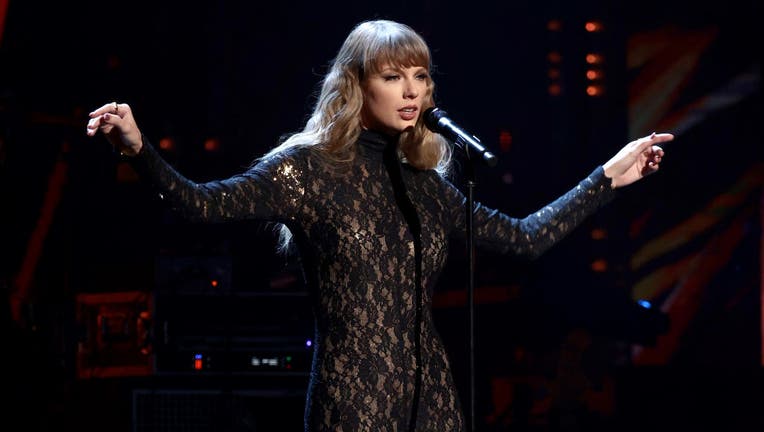 Taylor Swift is getting backlash from critics about her private jet's carbon footprint.

The "Shake it Off" singer was accused of polluting the earth by flying in her private jet 170 times between Jan. 1 and July 29, according to Yard, a sustainability marketing agency that prides itself on "cutting-edge data and analysis."

However, a representative for the 32-year-old pop star said, "Taylor’s jet is loaned out regularly to other individuals. To attribute most or all of these trips to her is blatantly incorrect," according to TMZ.

The research gathered by Yard shows results for "which celebrities are the worst private jet CO2 emission offenders," with Swift racking up more than 22,000 minutes in the air, or the equivalent of 16 days.

TAYLOR SWIFT'S CHILDHOOD HOME UP FOR SALE WITH $999,900 ASKING PRICE

Swift’s total flight emissions for the year total 8,240 metric tons, or 1,185 times more than the average person’s total annual emissions, according to the report.

The study also alleged other celebrities are guilty of polluting the planet.

WHAT IS KHLOE KARDASHIAN'S NET WORTH?

Mayweather comes in closely behind Swift, emitting 7,077 metric tons of carbon dioxide while flying private this year, 1,011 times more than the average flyer annually, according to the study.

He’s also guilty of having the record for the shortest flight for a total of 10 minutes while flying to Las Vegas and emitting 1 ton of carbon dioxide.

Despite private jets being used by celebrities for years, their luxury flights have come under scrutiny after Kylie Jenner posted a photo on social media of her and Travis Scott’s private jets last week.

Jenner took to social media to post a black and white photo of her and Scott embracing in front of their private jets, with the caption "you wanna take mine or yours?"

The "Kardashians" star received heat from critics after the photo went viral on Twitter.

Jenner did not make the list of "worst private jet CO2 emission" offenders.

Read more of this story from FOX News.