TAMPA, Fla. - One of Tampa’s most notable buildings is one step closer to fading into the past.

On Monday, a crane continued to eat away at Seminole Heights Baptist Church at Hillsborough Avenue and 275. However, the most recognizable part of the building, the steeple, still towered above.

HCA, the national company that bought the church for millions, plans to raze it and build a medical clinic, to be run by Memorial Hospital.
For months, Seminole Heights neighborhood association leaders and concerned citizens have been negotiating with HCA over preserving the steeple. 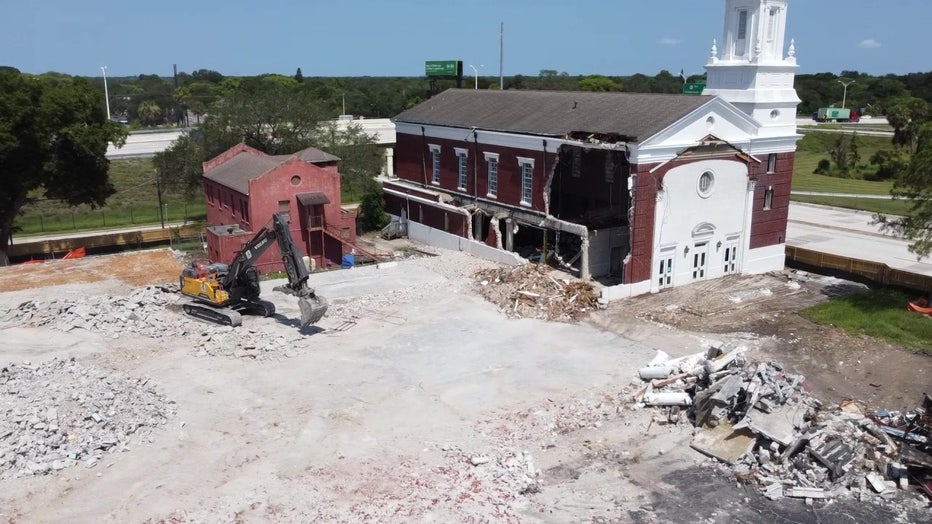 Lasater says, at first, the hospital chain said the steeple could not be preserved. More recently, there has been talk of saving the steeple, but at a considerable cost.

He says the community would have to raise more than $100,000 to carefully remove the steeple and move it to a new location. 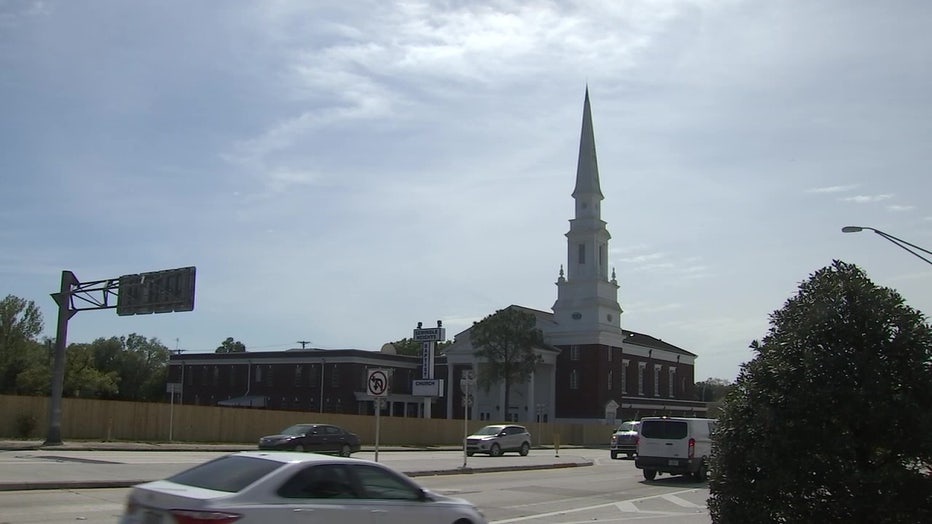 Lasater says raising that kind of money would not be easy, especially with time running out. Now, their hope is to preserve at least the top part of the steeple, the spire.

"And move it somewhere in the neighborhood and try to hoist it up so that it becomes a landmark once again," he told FOX 13.

Melissa Deming, the owner of Ella’s Americana Folk Art Café which is right around the corner from the church says she might have a spot to store or permanently relocate it on her property.

Whatever happens, is going to be fairly quick. Neighbors say if the demolition keeps up at its present rate, the building should be leveled within a few weeks. 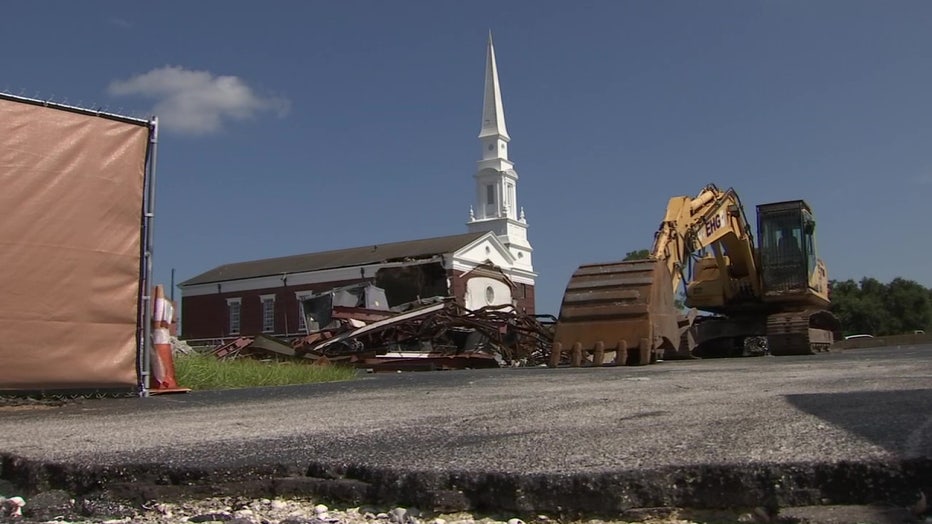