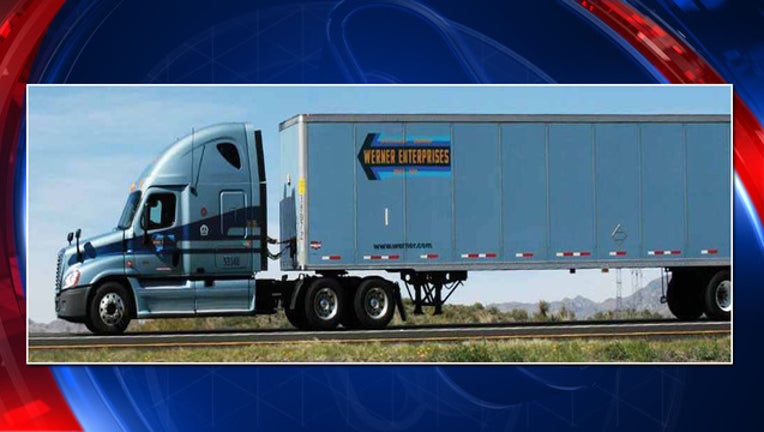 Polk deputies shared this photo of a truck and trailer similar to the one that was stolen.

DAVENPORT (FOX 13) - The Polk County Sheriff's Office is looking for a set of bold thieves.

Deputies say they stole a Cascadia Freightliner hauling a light blue Wabash trailer.  Inside was $92,000 worth of Sears merchandise.

The big rig was parked behind a restaurant near the Davenport exit of Interstate 4 when people reported seeing three men "working on" it, then they were later seen driving it towards the interstate.

The three suspects are described as:

If you have any information about where this rig could be, please call Polk County Sheriff's Office.