Woman gets pregnant while already being pregnant

"When the tech told us there was another baby, we thought it was a joke at first and laughed until we saw the super tiny sac up on the screen and heard his heartbeat," Winhold told FOX Television Stations. "Once they left the room to give my husband and I some time to process, I just remember laying on the table and breaking down in tears. I was happy, scared, and confused all at the same time. I didn’t understand how it happened."

The 30-year-old said her husband, Blake, was sitting "very stoically" in the room, not talking when the news was delivered. 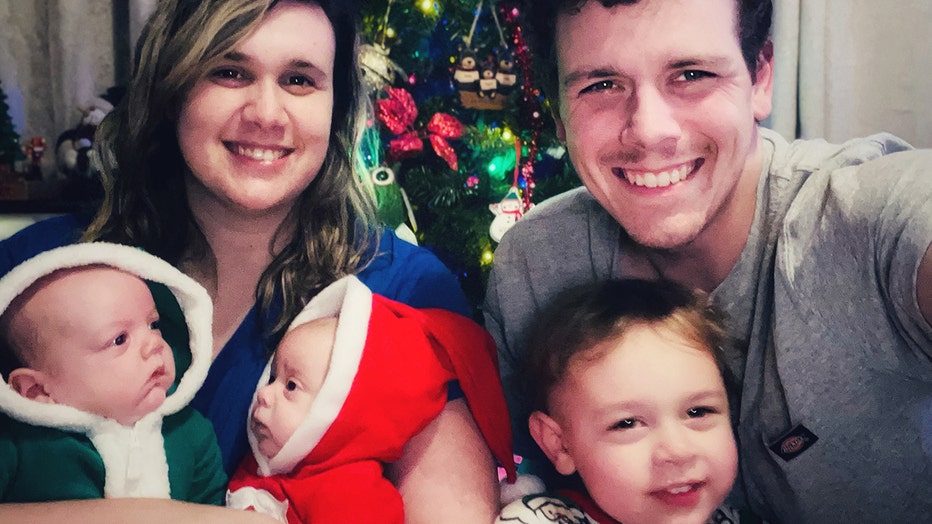 "He told me later he was in total shock and all he could think about was, ‘How are we going to do this?‘" Winhold revealed.

The doctors determined the two babies were conceived about one week apart due to the measurements of their sacs.

Double pregnancies are extremely rare but can happen

While double pregnancies are very rare, health experts say they can happen through a process called superfetation.

This is when a second new pregnancy occurs during an initial pregnancy. Another egg is fertilized by sperm and implanted in the womb days or weeks later than the first one. Babies born from superfetation are often considered twins since they may be born during the same birth on the same day. 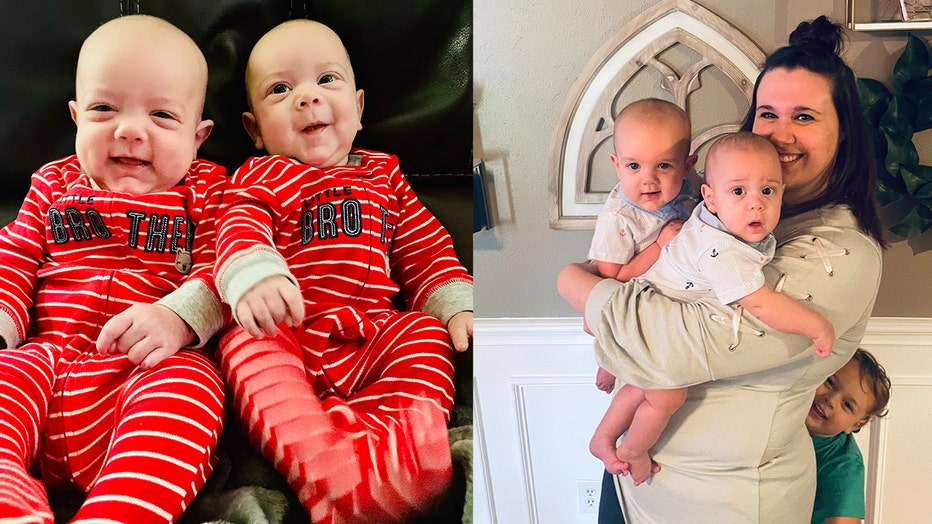 The doctors determined the two babies were conceived about one week apart due to the measurements of their sacs. (Credit: Cara Winhold)

"In order to have a double pregnancy, you’d have to either ovulate while pregnant or have two uteri. Both of those scenarios, again, are highly unlikely," Healthline, a health information website, wrote.

Her twins, Colson and Cayden were both born prematurely at 35 weeks and 2 days, on October 25, just six minutes apart.

Winhold also has a 3-year-old son Wyatt, but her road to having another child was not easy. Winhold suffered three miscarriages, with one becoming nearly fatal for her. 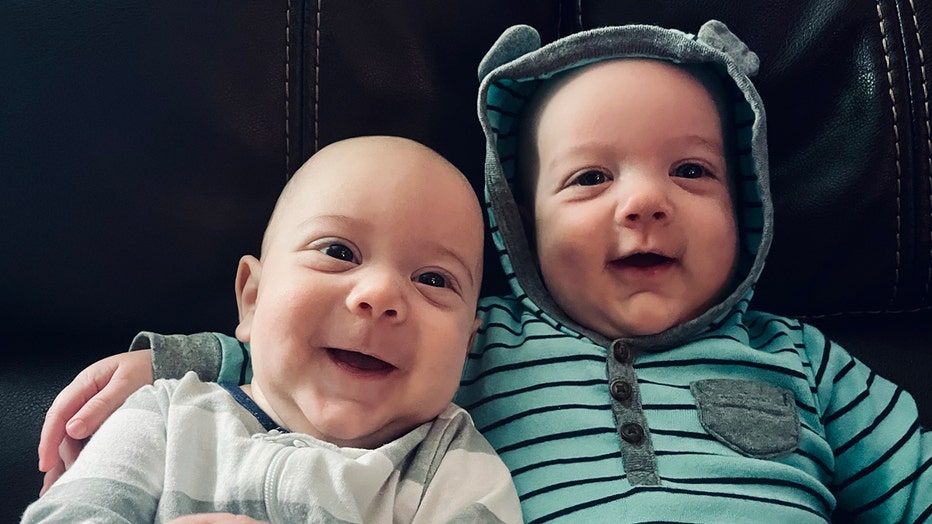 "I had to have two blood transfusions and an emergency surgery to save my life, and I had to do it all alone because of COVID. I was told I would have died at home had I waited another 30 minutes. The ‘tissue’ had gotten stuck in my cervix and I was bleeding out," she revealed, adding, "I had to go to therapy to try to make sense of everything afterwards. I was scared to get pregnant again. My husband was scared for me to get pregnant again. It took awhile before I was okay again, but therapy helped me tremendously."

Winhold said her twins are now nearly 8 months old and are doing great.

RELATED: Is it OK to drink coffee while pregnant? Yes (in moderation), genetic study suggests

"Life happens unexpectedly! I had always tried to plan everything according to a timeline, ever since I was young. This has taught me that things are going to happen when they are supposed to happen and not when I want it to. It’s given me the opportunity to not stress as much when things aren’t happening for me and trust that there’s a reason for everything," she concluded.