BUSHNELL, Fla. - Guarded by an army of patriots, several pieces of stone delivered to Bushnell’s Florida National Cemetery will soon become a symbol of strength for gold star families across America.

The cemetery received the Gold Star Families Monument Wednesday morning – the first part of a massive project by the joint veterans support committee and the Woody Williams Foundation, named for the 97-year-old WWII veteran and Medal of Honor recipient.

Tony Kamus of the Joint Veterans Support Committee says it’s the first of a few monuments that will be built on the cemetery’s property.

"This is just our first monument," Kamus said. "Our centerpiece monument is going to be the veteran funeral that will show to active-duty military persons folding the flags over a casket. In the background along the retaining wall, it’s going to be our defender of freedom wall and there’s going to be 75 different panels depicting different times of wartime in our history of our country." 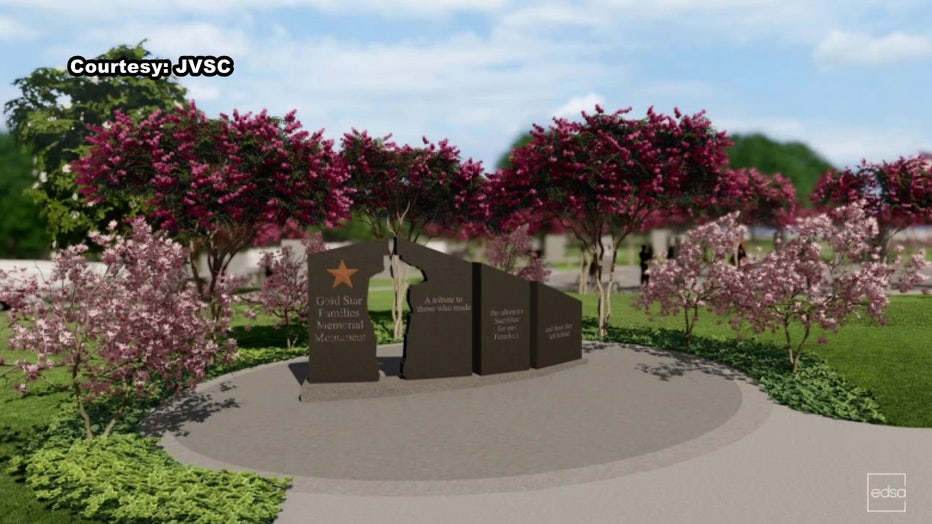 The project didn’t receive a dime from the federal government, Kamus says. The $100,000 they’ve raised so far is thanks to private donors.

"Whether they be corporate, foundations, or individuals, and a lot of the veteran organizations have stepped up to the plate," he said.

The entire project is expected to cost millions of dollars, so they still have a long way to go, but just a few days before Gold Star Family Day this Sunday, Jackson says, the timing of this monument’s installation couldn’t be better.

"The ride down here was very emotional," she said. "To see the people pull of the road, waving their flags. Seeing them on top of the bridges. That just lets our family know that people of the community do still care." 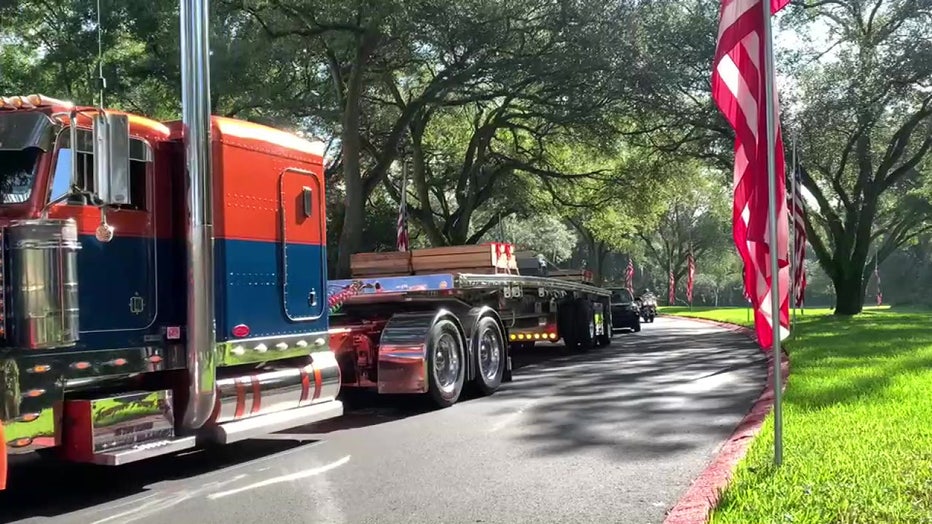 Elements of the monument arrived by truck accompanied by patriot riders.

The monument will be unveiled on October 6 in a ceremony that’s expected to include more than 1,000 attendees, including 150 gold star family members.

The Joint Veterans Support Committee says the entire project, including the other memorials, is expected to be completed over the next 10 years because they’re still fundraising for parts of it.