Meteorologist Tyler Eliasen says Eta may be exiting, but hurricane season is not over yet.

TAMPA, Fla. - As Eta makes its wave past Tampa Bay and Theta moves away from the U.S., forecasters are keeping an eye on a tropical wave as the record-breaking Atlantic hurricane season continues.

According to the National Hurricane Center, the tropical wave has a 90% chance of forming within the next three days, as of its Thursday morning update. It is currently located in the center of the Caribbean Sea and slowly moving west.

In the next day or so, NHC forecasters say it will bring heavy rainfall along with possible flash flooding to the Virgin Islands, Puerto Rico, and portions of Hispaniola.

Iota would be its name. If it forms, it will be the record 30th named storm of the season. 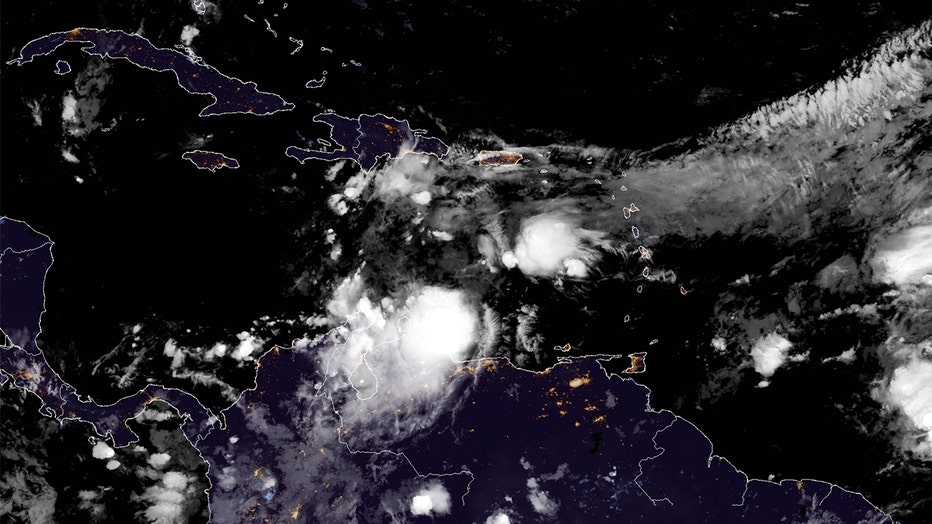 Eta was the 28th named storm of a busy Atlantic hurricane season, tying the 2005 record for named storms. And late Monday, it was followed by the 29th storm, Theta, located far out in the Atlantic Ocean hundreds of miles (kilometers) from the Azores.