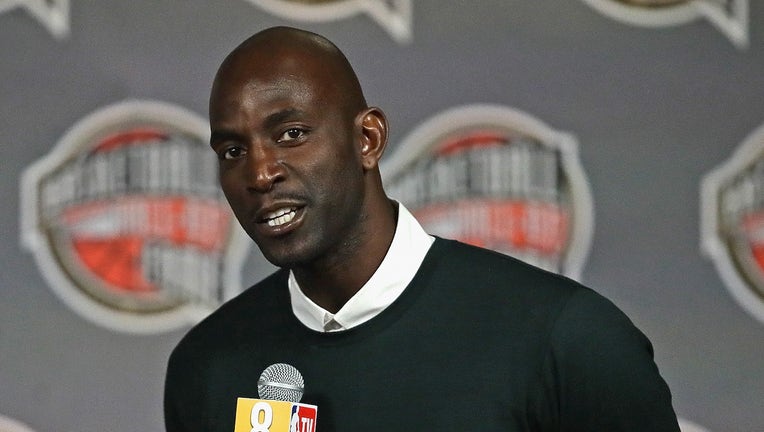 CHICAGO, ILLINOIS - FEBRUARY 14: Kevin Garnett, a finalist for the 2020 Naismith Memorial Basketball Hall of Fame, speaks during a ceremony announcing the finalists at the United Center on February 14, 2020 in Chicago, Illinois. NOTE TO USER: User ex

CHICAGO - Two new Tubi Originals are coming to the free streaming platform, courtesy of a film production giant and an NBA legend.

FOX's free, ad-supported streaming service has entered a deal to produce multiple projects in partnership with Village Roadshow Entertainment Group as part of its new "Black Noir Cinema" initiative. First up on the docket are two films to be produced by NBA MVP Kevin Garnett and legendary director/producer Oz Scott ("Black Lightning," "S.W.A.T.").

According to a press release: ""Cinnamon" follows a struggling small-town gas station attendant with big dreams whose life is sent into a tailspin after a fatal crime in this intersecting crime thriller."

Written and directed by award-winning rising filmmaker Bryian Montgomery, the film is in pre-production with casting underway and is scheduled to start shooting in Atlanta early next year.

Meanwhile, "Murder City" is set to star Mike Colter ("Luke Cage," "Evil"). It’s billed as "a thrilling contemporary crime story following a disgraced former cop who finds himself working for a ruthless female kingpin to pay off his estranged father’s debt and protect his family."

"The powerful creative partnership forged between FOX, Village Roadshow, Kevin and Oz will expand Tubi’s rich Black Cinema collection, which is one of the largest free online film offerings of its kind and among our most popular content categories," explained Adam Lewinson, Tubi’s Chief Content Officer.

"As we continue to grow Tubi’s original content offerings, we remain focused on spotlighting emerging talent and celebrating fresh, authentic storytelling that reflects diverse experiences and perspectives to better serve our current audience, nearly half of which is comprised of viewers who self-identify as multicultural."

According to Michael Thorn, President of Entertainment at FOX Entertainment, "FOX Entertainment has a long-standing history of diversity in the stories we tell and characters we showcase, and we’re honored to build on that legacy by welcoming independent film giant Village Roadshow to create this dynamic, new content for our growing Tubi audience."

Beyond The Lights (2014): This achingly beautiful coming-of-age romance about a pop star named Noni (Gugu Mbatha-Raw) is an ode to setting boundaries and not letting anyone control you — even the people who raised you. Rated PG-13. 116 minutes. Dir: Gina Prince-Bythewood. Also features Nate Parker, Minnie Driver, Danny Glover.