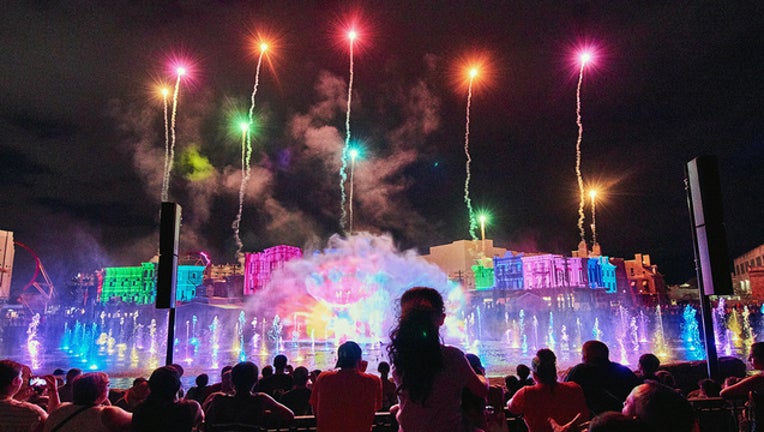 The show blends panoramic water screens, pyrotechnics, lasers, projection mapping and more than 120 dancing fountains to transform the lagoon and surrounding buildings into a celebration of beloved characters from Universal attractions and some of the world’s biggest films.

Guests will witness moments from the Harry Potter film series conjured by way of spells, terrifying roars from Jurassic World dinosaurs, high-octane action from the Fast & Furious films, mischief by the Minions from Illumination’s Despicable Me and more come to life each night in the heart of the Universal Studios lagoon.