BALM, Fla. - In Hillsborough County, scientists with the University of Florida are working hard to develop the best crops for Florida farms to grow -- and that includes hops.

For a few years now at UF's Institute of Food & Agricultural Sciences Gulf Coast Research Center, located in Balm, they have been working the land to figure out how to grow the best hops. They started the project as Florida's craft beer industry continues to boom.

Hops are not normally grown in the Sunshine State. If successful, it would allow state breweries to avoid depending on obtaining the crop from the other side of the country.

"More than 90% of hops is coming from the Pacific Northwest," explained Shinsuke Agehara, assistant professor of horticulture at UF's IFAS. "Their climate is very different from ours. This is something that is very new here." 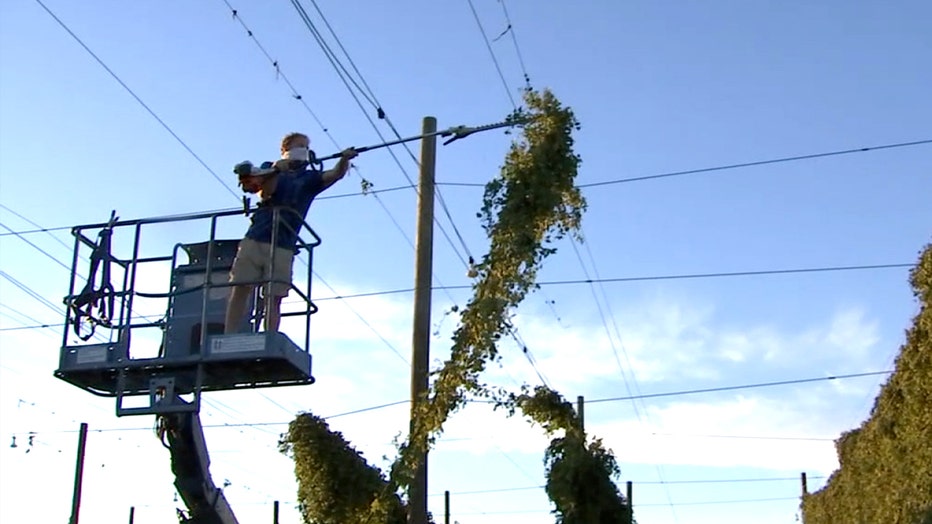 It's a smart endeavor for a couple of reasons: You can't have beer without hops, Agehara said, and the craft beer industry is really growing in the Tampa Bay and all throughout Florida.

"The craft beer industry is growing fast in the U.S., but especially in Florida," he explained. "We are No. 5 in amount of craft beer production in the U.S."

The scientists working the land in Balm hope to grow hops on a wide-scale.

"That's what we are hoping because we have a strong market. It's just a matter if we can produce a enough here," Agehara said. "We also have to look at quality because quality is so important for making beer. So we want to see if we can produce enough here and good enough quality." 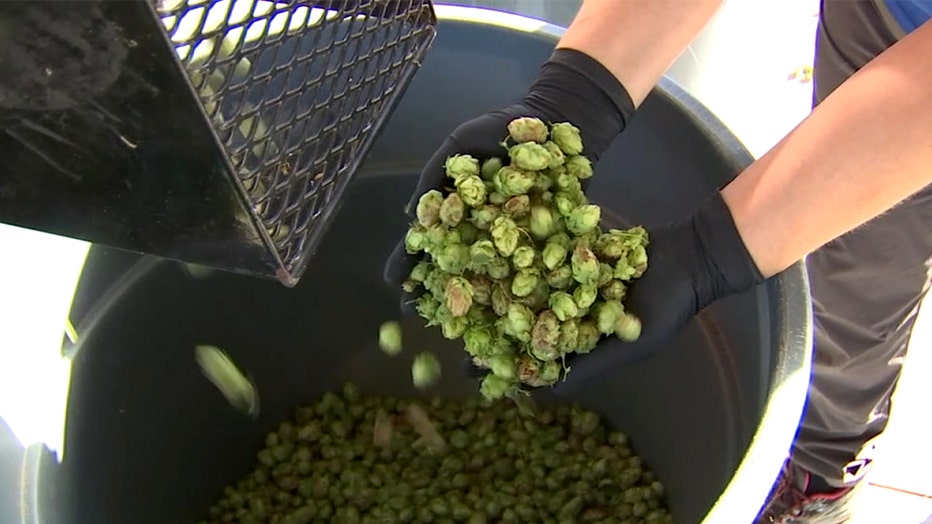 So far, they've had some success, he said. The key is the LED lighting to "trick" the plant.

"They have to produce enough biomass before they put flowers on. We just couldn't do it here because we don't have the right hours," Agehara explained. "We are trying to use LED lights so we can create the same daylight hour condition in the Pacific Northwest. We can trick the plant thinking they are growing in a Pacific Northwest-condition and they can grow much better."

They have been working with three different local breweries -- 3 Daughters Brewing, Coppertail Brewing Co. and Cigar City Brewing. They are getting the hops made by UF and using it to produce beer.

Thirty minutes from Tampa, professors with the University of Florida have nurtured the state’s biggest hop yard.

Agehara said his team was told by the brewers that the craft beer product tastes great -- and has a hint of citrus.

The beer is not being mass produced yet, meaning you can't get it in local stores. However, if you visit one of those three breweries, you may get lucky enough to have some homegrown hops in those beverages. 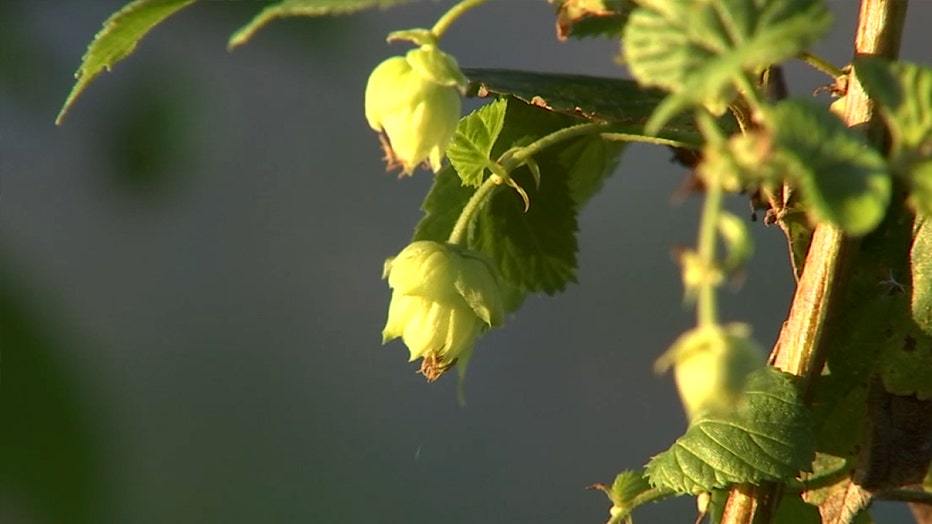