Businesses struggle along US 19

CLEARWATER, Fla. - US Highway 19 was once notorious for stop-and-go traffic through parts of Pasco and Pinellas counties. Years ago, the state replaced traffic lights with overpasses, but now that’s causing a new problem. While real estate is booming elsewhere, it’s different for land and businesses passed over by overpasses.

In the Beacon Square neighborhood of Pasco County, Universal Plaza sits nearly empty. In Clearwater, on the same highway, overpasses make it easier for drivers, but harder for businesses.

"It used to be very much a retail corridor, but now access is a little bit more difficult," says Clearwater Mayor Frank Hibbard.

The US 19 Corridor has been bypassed by development dollars while places like Clearwater Beach bask in the real estate boom. US 19 is where things haven’t happened.

"We recently lost an insurance company that needed a hundred thousand square feet," says Hibbard. "We didn’t have that and so they’ve moved to Westshore." 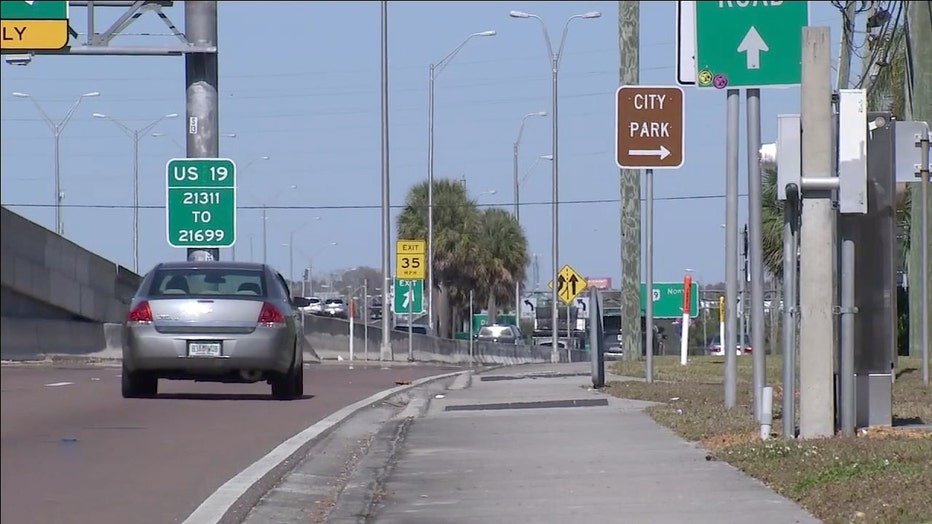 They were lured to the Tampa side by location, passing over what could be a bargain along US 19, which is dotted with gas stations and storage units.

When the overpasses were built years ago Clearwater had a plan to move industry in as retail storefronts moved out.

"I don’t think we’ve seen the development plan we had hoped for," says Hibbard.

It may be hard for some to imagine new neighborhoods sprouting up in the US 19 corridor, but perhaps no more surprising than this once-notorious road becoming, in some ways, the forgotten highway.