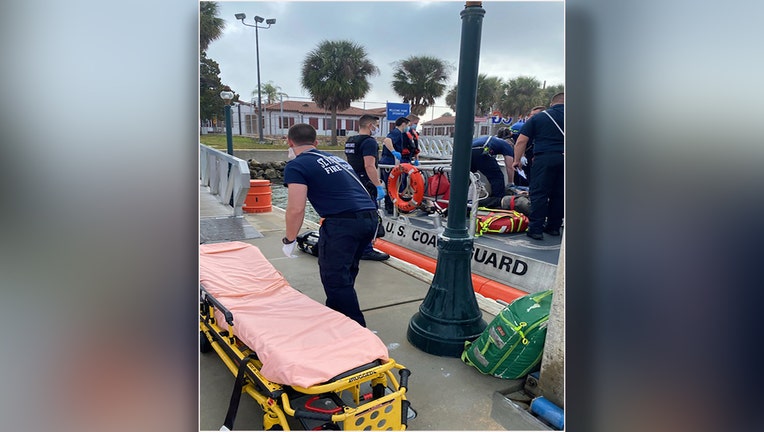 ST. PETERSBURG, Fla. - Seven people aboard two boats were injured Saturday morning when their boats collided in the waters of Tampa Bay, according to the United States Coast Guard.

It happened two miles west of Manbirtee Key shortly before 8:30 a.m. A good Samaritan was able to recover the people from the water and transfer them to the Coast Guard boat crew.

The Coast Guard took the boaters to awaiting EMS in St. Petersburg. Six of the injured boaters were taken by ambulance to St. Anthony’s Hospital for treatment. A seventh boater went to the hospital for injuries on their own. One boater is in serious condition. The condition of the other boaters is currently unknown.

Florida Fish and Wildlife Commission is investigating the incident and commercial salvage is recovering the two vessels. One of the boats capsized after the crash.

According to the Coast Guard, conditions on the water may have been a contributing factor in this accident due to the dense and heavy fog this morning.