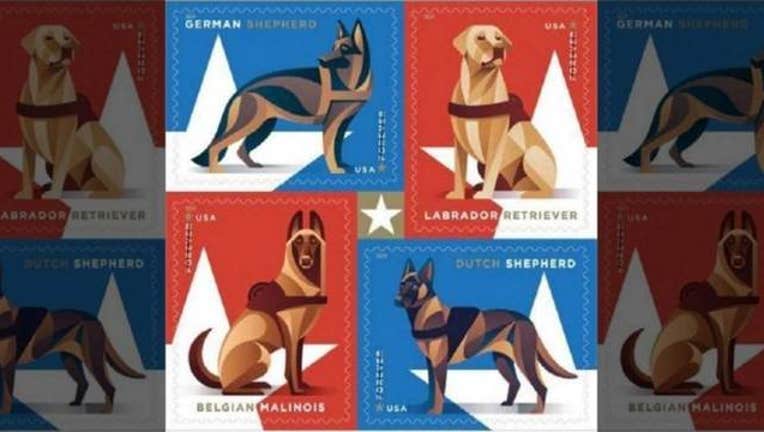 PHILADELPHIA - The United States Postal Service is releasing a new set of Forever Stamps on Thursday that feature some very good boys.

The stamps are in honor of military working dogs, with the four designs featuring a German shepherd, Labrador retriever, Belgian Malinois, and Dutch shepherd.

"The stylized digital illustrations are in red, white, blue and gold to represent the American flag and patriotism," the Postal Service said in a release.

The background of each stamp features a white star that appears in the center of each block.

Those interested in purchasing the stamps can do so here.