TAMPA, Fla. - Big storms have left millions of Floridians without power over the years, but in 2019 the legislature passed a law that requires power companies to start putting lines underground.

Now, power companies are giving us a look at how they're tackling these requirements.

"This year we are installing about 80 miles of power lines underground and next year that will grow to 100 miles," says Cherie Jacobs, spokesperson for Tampa Electric Company.

Peoples Gas showed new GPS technology and bar code scanners that can instantly locate gas lines even if a storm obliterates the above-ground landscape as happened in Hurricane Andrew in 1992 and other storms.

Workers also showed off a giant bucket truck that can lift linemen 150 feet into the air to service transmission lines and towers. 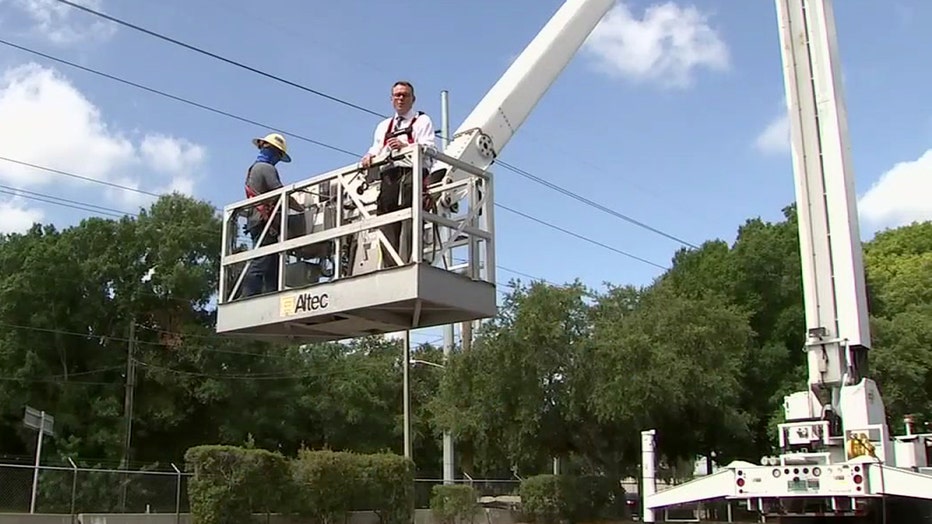 Jacobs says it is the fastest way to report outages to TECO’s distribution control center. The control center in East Tampa is mission control for power outages, especially when bad weather is bearing down

"Whether it's a hurricane or a weekend storm, we are there to restore power as safely and efficiently as possible," says Irma Lawrence of Tampa Electric.

Along with the new system to report outages, text to 27079, Tampa Electric also has a new website for storm information, visit https://www.tampaelectric.com/stormcenter/.