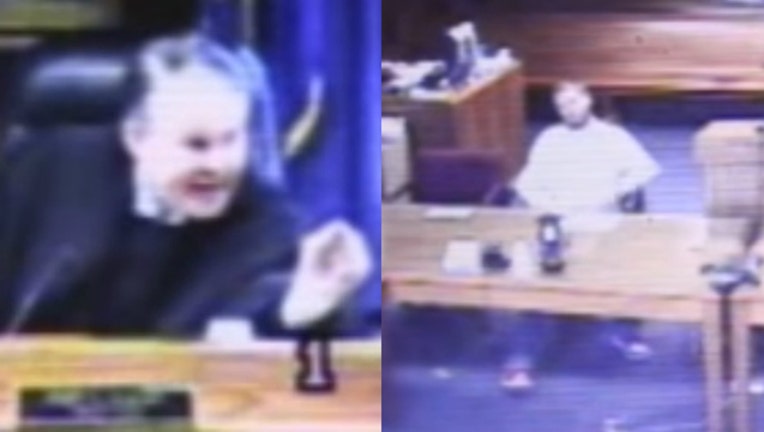 FOX NEWS - Footage of a Michigan judge who tossed off his robes to help tackle a defiant man in his courtroom has surfaced online.

The incident involving Jackson County Circuit Court Judge John McBain – who previously told a killer that “I hope you die in prison” – happened in December and the video was released Wednesday.

McBain had just ordered the man to jail, but the man resisted efforts by the officer to handcuff him, The Associated Press reported.

McBain told the Jackson Citizen Patriot that the man was "totally disturbing the decorum of the court." The newspaper published video of the confrontation.

"A judge has the power to take whatever action is necessary to maintain order in the courtroom," he told The Associated Press.