Astronauts will jettison towards the stars in a historic launch from the facility on Saturday, May 30.

Virgin Galactic Holdings Inc. has agreed to a deal with NASA to boost commercial human spaceflight to the International Space Station and develop a “robust economy” in space. 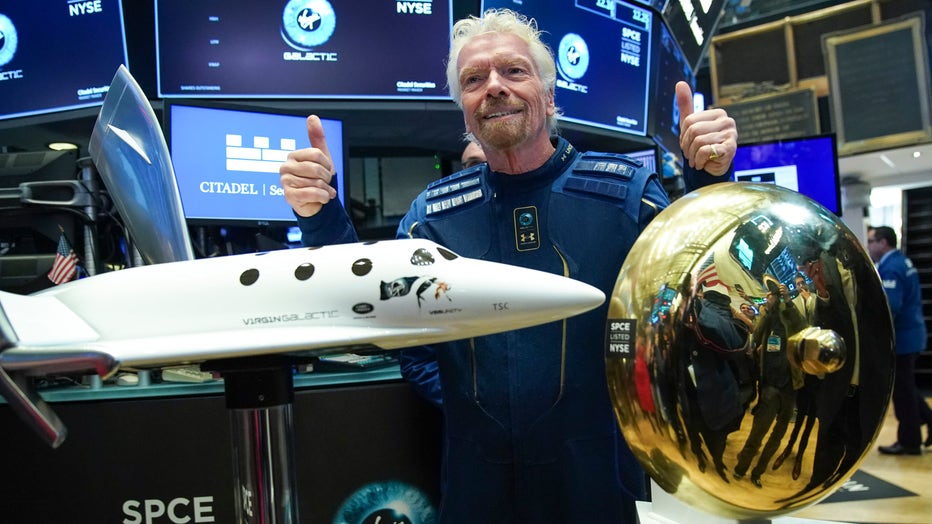 FILE - Sir Richard Branson, Founder of Virgin Galactic, poses for photographs before ringing a ceremonial bell on the floor of the New York Stock Exchange (NYSE) to promote the first day of trading of Virgin Galactic Holdings shares on October 28, 20 (Photo by Drew Angerer/Getty Images)

Last month, SpaceX became the first private company to launch people into orbit when its rocket ship blasted off from Earth, ushering in a new era in commercial space travel. The two Americans aboard could spend up to four months at the space station before returning to Earth in a splashdown at sea, reminiscent of the Apollo program in the 1970s.

Virgin has its own launchpad in the New Mexico desert where parts of the new program with NASA, including astronaut training, will take place.

Shares of the company, based in Las Cruces, New Mexico, jumped 11% in midday trading.