SARASOTA, Fla. - Below the blue waters off New Pass in Sarasota, an underwater cleanup is underway.

"We find a lot of fishing line, fishing lures with hooks. Cast nets are a big treasure to remove from the water because they become ghost traps," said Al Jeffrey," the president of Sarasota Bay Watch.

Divers scan the bottom and pull up debris. Sarasota Police Officers keep a perimeter around the divers.

Kayakers collect their finds and hand them off to top-side volunteers.

The volunteers work to free sea life trapped in encrusted and tangled items.

"We just feel like this is Sarasota's treasure and we want to keep it clean," Jeffrey continued. 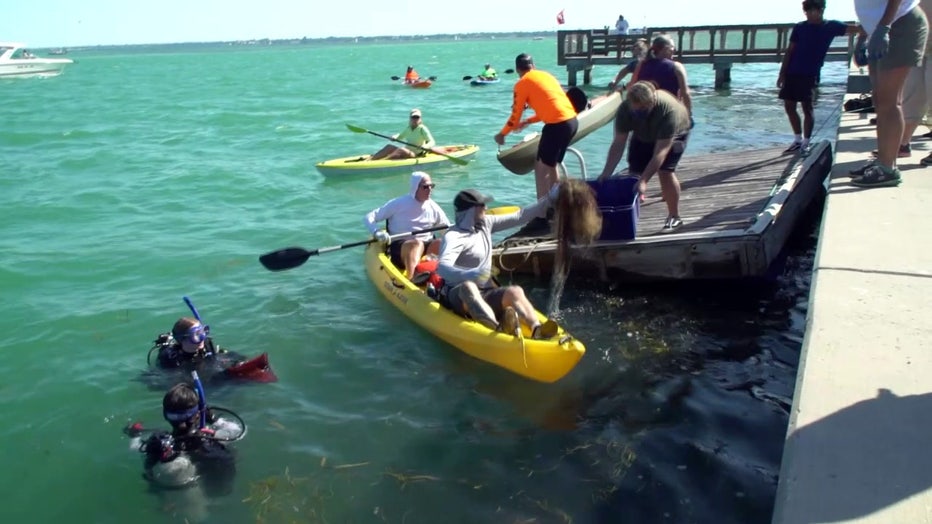 "It just gives us an idea of fishing hot spots within the county and places where we need bins for collection. One of the most important things this does is protect habitat," said Ronda Ryan, the director of Sarasota Bay Watch.

Some items are dumped, while a majority are left behind by pure accident -- either from falling in or getting tangled up in the mess already down there.

"We're not anti-fishermen. Fishermen that come here cast, they get hung up in the ball and so it’s just this collection of stuff down here," said Ryan. 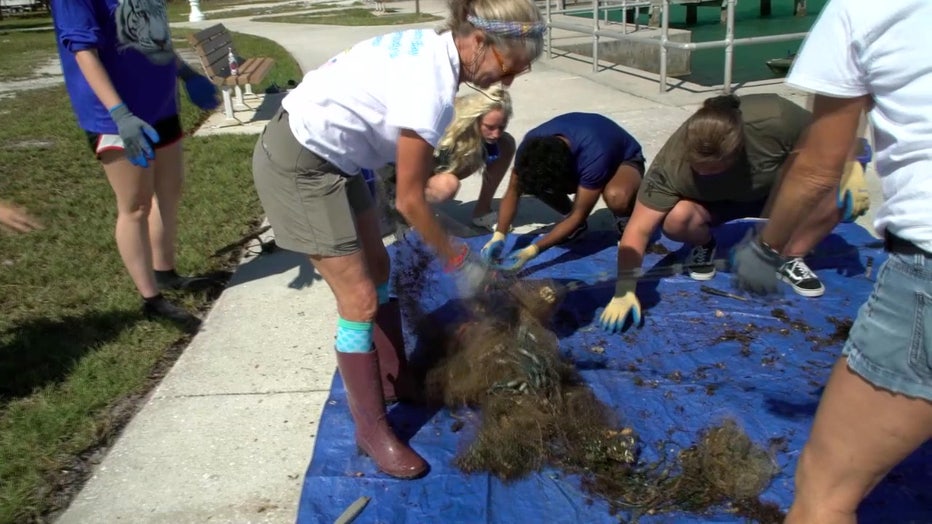 "If we don’t do this activity, the piles and garbage will accumulate and accumulate, and it will be detrimental," she said.

On this Saturday morning, 49 volunteers pulled 267 pounds of debris out of New Pass.

"Even though it maybe a small portion of the total trash in the ocean, every little bit makes a difference," said Welch.

LINK: For more information or to help out visit: sarasotabaywatch.org