Video shared by police in Ukraine shows the heartwarming moment that rescuers pulled a whimpering puppy from a pile of debris.

Video shared by police in Ukraine shows the heartwarming moment when rescuers pulled a whimpering puppy from a pile of debris, then handed him off to a thankful owner badly injured by Russian shelling.

RELATED: Animal rescue group works to save pets from Ukraine war zone, and reunite them with owners

In the video, taken by Donetsk Regional Police in the village of Mykhailivka, rescuers used their hands to dig through the ruins after hearing a puppy whining. After about 30 seconds of digging, the puppy emerged and seemed to be OK.

The puppy’s owner, a 77-year-old man police say was "nearly killed" by the Russian attack, is also seen in the video thanking the rescuers for bringing his buddy back. 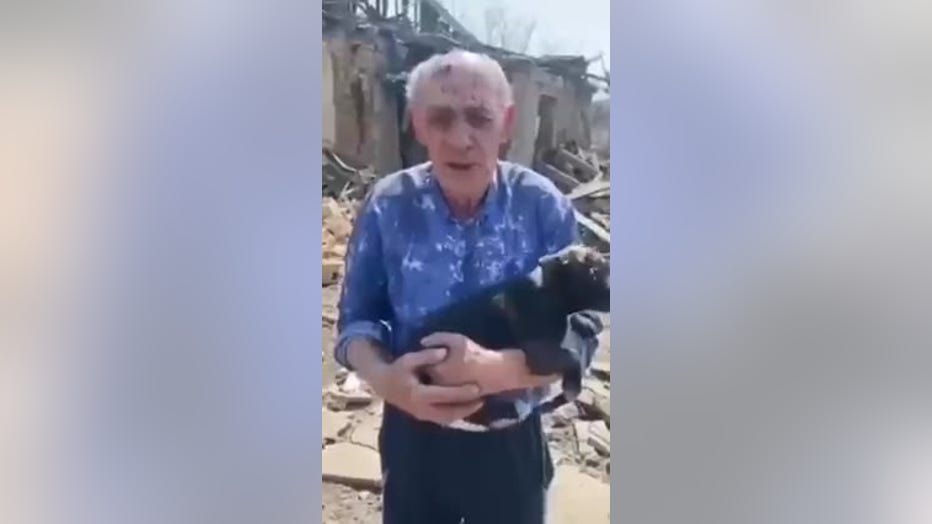 Ukraine’s State Emergency Service (SES) had reported on April 11 that shelling had damaged 30 houses in the Mikhailivka Pokrovsky district of Donetsk.

Russia invaded on Feb. 24 and has lost potentially thousands of fighters. The conflict has killed untold numbers of Ukrainian civilians and forced millions more to flee.