CITRUS COUNTY, Fla. - President Joe Biden has signed the PACT Act of 2022, calling it the most significant law in our nation’s history to help millions of veterans who were exposed to toxic substances during their military service.

In a ceremony Wednesday morning, President Biden noted how soldiers who served in Iraq and Afghanistan face these dangers.

"You could actually see some of it in the air burn pits the size of football fields and incinerated waste of war, such as tires, poisonous chemicals, jet fuel and so much more we won't even mention," President Biden said.

The Camp Lejeune Justice Act is also included in the PACT Act. It allows individuals who resided, worked, or were otherwise exposed (including in utero) at Camp Lejeune to seek compensation. It’s something those impacted have spent decades fighting for.

"It's an important day for the community. We did it. We finally got our justice. And now we now it's we need to get everybody taken care of," Michael Partain said. 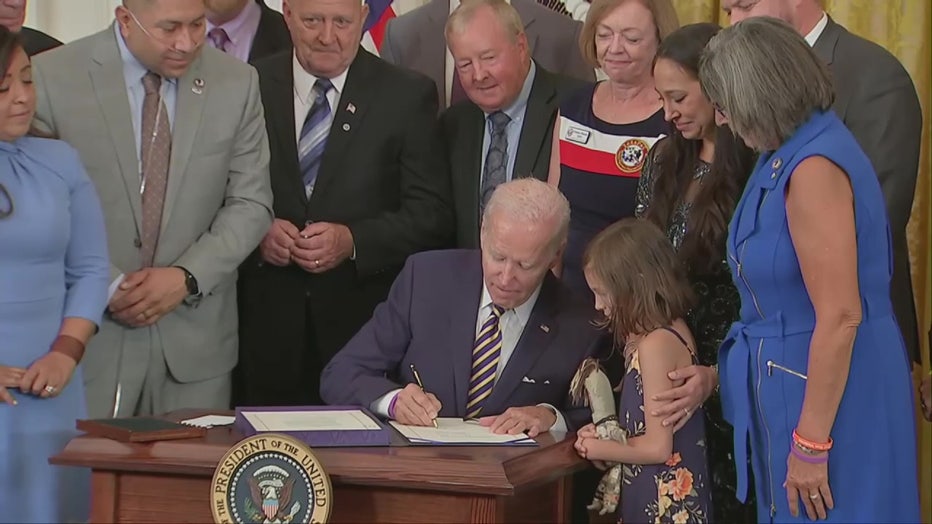 Partain, who was diagnosed with breast cancer at the age of 39, said exposure to the contaminated drinking water while his family lived on the base is what led to the diagnosis.

"Fifteen years ago, I was diagnosed with breast cancer, and I found out that the place where I was born, which is Camp Lejeune Marine Corps Base in North Carolina. The drinking water was poisoned over a 34-year period," Partain said.

As he underwent chemo and other treatment, he said he learned family members of veterans didn’t receive the same access to medical care. The PACT Act now changes that.

The PACT Act will:

The PACT Act will help about 3.5 million veterans who may have been impacted by toxic exposure.