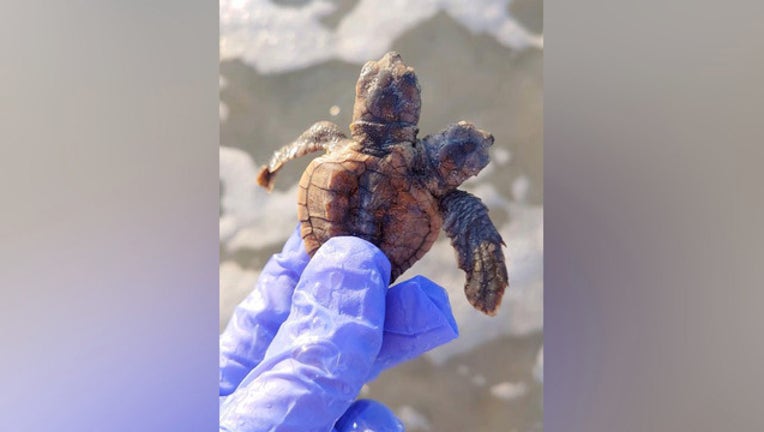 "We thought we had seen it all during this very busy season on Sea Turtle Patrol! Yesterday on patrol during a nest inventory this bicephalic hatchling was discovered," Sea Turtle Patrol Hilton Head Island said on Facebook.

During a nest inventory, a bicephalic (two-headed) hatchling was discovered.

"This mutation is more common in reptiles than in other animals but it is still very rare," the Sea Turtle Patrol Hilton Head Island page explained.

The turtle, whose heads were named Squirt and Crush, was released back to the ocean.