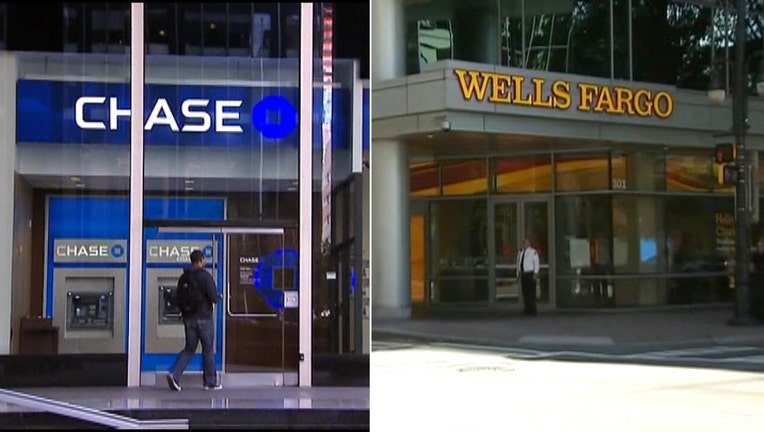 A series of lawsuits filed on Sunday on behalf of small business owners accuses some of the nation’s biggest banks, including JPMorgan Chase and Wells Fargo, of unfairly allocating government-backed loans to certain small businesses.

In four nearly identical suits, a California-based company accused Chase Bank, Wells Fargo, Bank of America and U.S. Bank of prioritizing small business borrowers who were seeking larger loan amounts under the federal government’s Paycheck Protection Program in order to generate bigger loan origination fees for the bank, rather than processing the applications on a first-come, first-serve basis.

By reshuffling applications to frontload businesses seeking higher loans, the big banks received nearly $6 billion in processing fees, according to the lawsuit. The suits compared Small Business Administration data between April 3 and April 13 versus loan data from April 13 and April 16, when the program ran out of cash.

As a result, the businesses seeking lower loans did not receive the aid they were entitled to, the lawsuits said.

“Comparing the April 13 data to the April 16 data shows that — in the last three days of the PPP — banks processed loan applications for $150,000 and under at twice the rate of larger loans,” the lawsuits read.

If the banks had approved loans on a first-come, first-serve basis, “the percentage change of applications submitted in the last three days of the program would be consistent among all application types,” the lawsuits read.

Bank of America did not respond to a request for comment. Wells Fargo and Chase declined to comment.

A spokesperson for U.S. Bank said the company plans to "vigorously defend" itself against the suit as it is "without merit."

"The cumulative industry data provided by the SBA is not reflective of U.S. Bank’s practices or results," the spokesperson said. "We continue to serve our small business customers and are prepared to process loans as quickly as possible should additional funds become available."

The program, which ran out of money on Thursday, provided loans at ultra-low interest rates to businesses with fewer than 500 employees to incentivize them to keep staff on payroll or rehire workers who have already been laid off as a result of the virus outbreak. If at least 75 percent of the money goes to keep employees on the payroll, the federal government will forgive the loans.

There were 1,611,397 loans approved that depleted the $349 billion fund. Nearly 5,000 lenders participated, according to SBA data.

Democrats and the Trump administration are close to a deal for Congress to replenish the tapped-out program with an additional $310 billion in funding.