TAMPA, Fla. - We are living through an unusual health crisis with government rules that are drawing praise and opposition. But this is not unprecedented or new.  Our nation has gone through this many times before.

President Joe Biden is ordering federal executive workers, federal contractors, and health care workers that treat Medicare and Medicaid patients to get vaccinated for COVID-19, and for companies with 100 employees or more to make sure their workers are either vaccinated or tested weekly.

"This is a pandemic of the unvaccinated," Biden said last week. "And to make matters worse, there are elected officials actively working to undermine the fight against COVID-19."

The president’s opponents claim his new vaccination mandates are unprecedented, and even, as Ohio Republican Congressman Jim Jordan put it, "un-American."

But George Washington would disagree.

The year after we declared freedom, the father of our country addressed the smallpox crisis by mandating smallpox inoculations for all of his soldiers. Accounts in the Library of Congress note, "Defeating the British was impressive, but simultaneously taking on Variola (smallpox) was a risky stroke of genius."

As Washington "committed to the unpopular policy of mass inoculation," he faced resistance from politicians in Virginia who banned vaccine requirements, and were proven to be on the wrong side of history. In a letter to his brother, Washington wrote "restraining inoculation…can never be continued" and that he would support a law to compel families to inoculate every child – under "severe penalties" if they don’t.

The history of vaccine mandates in the U.S.

From smallpox to COVID-19, FOX 13's Aaron Mesmer has a look at vaccine mandates through the years.

There are striking similarities in Washington’s words and Biden’s words today.

As the United States took off, so did vaccine mandates that were far more forceful than anything Biden is doing. In the late 1800’s and early 1900’s, officials went door-to-door inoculating people by force.

A pastor named Henning Jacobson sued, claiming the freedom to not be vaccinated. In 1905, the Supreme Court ruled against him 7 to 2 – setting the legal precedent that government in the United States has the right to mandate vaccines in the interest of public health.

Justice John Marshall Harlan wrote the U.S. Constitution does not give people the freedom to disregard health measures when doing so may harm others.

Opponents like Charles Michael Higgins raged, protested, and spread false claims about vaccines in groups like the ‘Anti-Vaccination League of America.’ It faded after he died, and when future crises came along, like polio and measles, vaccine mandates did not face much resistance. 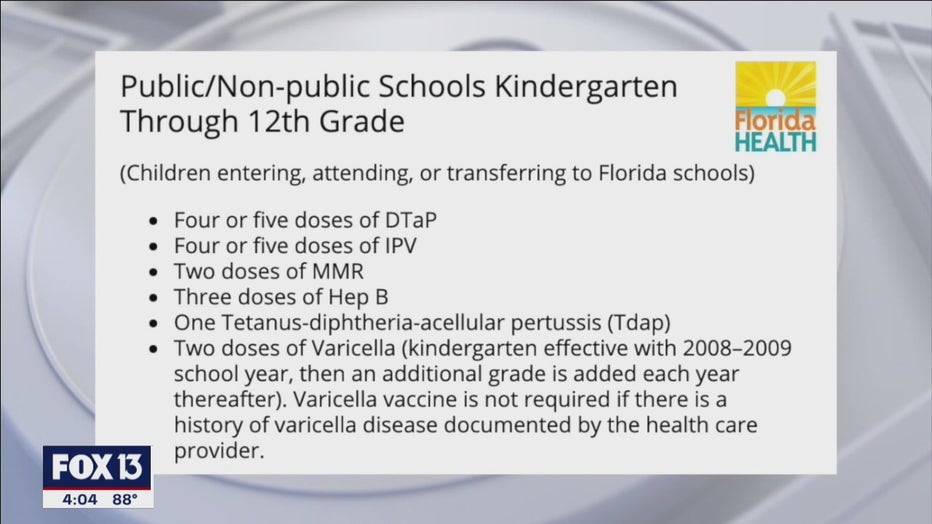 Most Americans regarded vaccinations as a matter of duty or personal responsibility. By the 1970s, all 50 states mandated a range of vaccines for all students in order to attend public school that are still in place with little opposition.

RELATED: Company mandates may not change made-up minds about vaccines