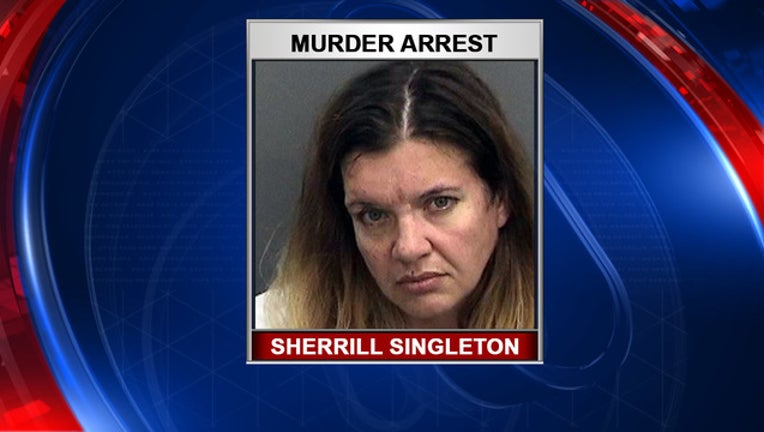 They say Sherrill Singleton initially told them she found her husband Shawn dead after returning home from a walk.  He had a gunshot wound to his upper body.