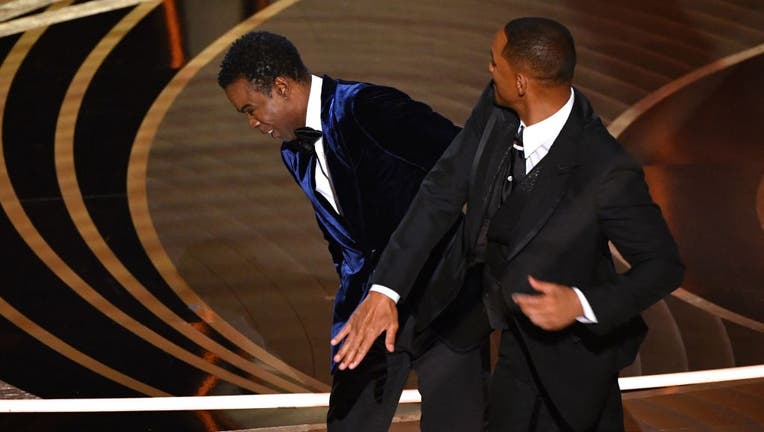 TOPSHOT - US actor Will Smith (R) slaps US actor Chris Rock onstage during the 94th Oscars at the Dolby Theatre in Hollywood, California on March 27, 2022. (Photo by ROBYN BECK/AFP via Getty Images)

LOS ANGELES - Will Smith apologized directly to Chris Rock for his actions during the Oscars, adding that no part of him "thinks that was the right way to behave."

"Chris, I apologize to you. My behavior was unacceptable, and I’m here whenever you’re ready to talk," Smith said in a nearly 6-minute video shared on this YouTube channel on Friday.

"I spent the last three months replaying and understanding the nuances and the complexities of what happened in that moment," Smith continued. "I can say to all of you, there is no part of me that thinks that was the right way to behave in that moment."

The actor also offered an apology to Rock’s mother and others in the family, referencing an interview she gave after the incident.

"I wasn’t thinking about how many people got hurt in that moment," Smith said.

At the March 27 Academy Awards, Rock came out to present the best documentary award and made jokes about several attendees, including Smith’s wife, Jada Pinkett Smith.

Pinkett Smith, who has spoken publicly about her hair loss condition, alopecia, had a closely shaved head similar to that of Demi Moore in the 1997 movie.

Smith strode from his front-row seat on to the stage and smacked Rock, stunning the comedian, the theater crowd and viewers at home.

Many thought it was a planned gag set up by the show or the men themselves, but the seriousness of the situation set in after Smith returned to his seat and angrily twice shouted at Rock to "keep my wife’s name out your (expletive) mouth."

Will Smith vs. Chris Rock: What led up to the Oscars slap and what happened after

Will Smith slapped Chris Rock during the Oscars after he made a joke about his wife's hair loss. Here's a look at the timeline of events before and after the altercation.

Rock said he had no interest in pursuing charges when asked by police backstage.

Smith took the stage again less than hour later to accept his Oscar, tearfully apologizing to the academy but notably omitting any mention of Rock. He compared himself to Richard Williams, the man he played in "King Richard," "a fierce defender of his family."

Later that night, Smith danced with his trophy and his family and rapped along with his own songs in celebration of his win at the Vanity Fair post-Oscars party.

In his YouTube video, Smith also apologized to his own family for "the heat that I brought on all of us."

Rock, 57, has since addressed the slap, including at his first standup show after the incident in which he received a thunderous three-minute standing ovation. Just last weekend, the comedian-actor addressed discussed the assault while headlining stand-up shows in New York and New Jersey.

"Anyone who says ‘words hurt’ has never been punched in the face," Rock declared while performing alongside Kevin Hart and Dave Chappelle at Madison Square Garden on Saturday, according to ET Online. At another show, in New Jersey the next day, he reportedly riffed about people being overly sensitive and told the crowd, "I’m not a victim... I don’t go to the hospital for a paper cut."

After the widely-seen Oscars slap, sales for "Chris Rock Ego Death World Tour 2022" skyrocketed, soaring to over $1000 per ticket.