The arc of American history signed onto baseballs

ST. PETERSBURG, Fla. - Dennis Schrader remembers when -- and how -- it felt to fall in love.

Over decades as a baseball fan, he collected autographed baseballs in person, at memorabilia shows, and even wrote to a ballplayer, asking nicely for a signature.

"It's definitely like a drug," he said from his home in Land O' Lakes. "Usually it is something that is signed. That's a special thing." 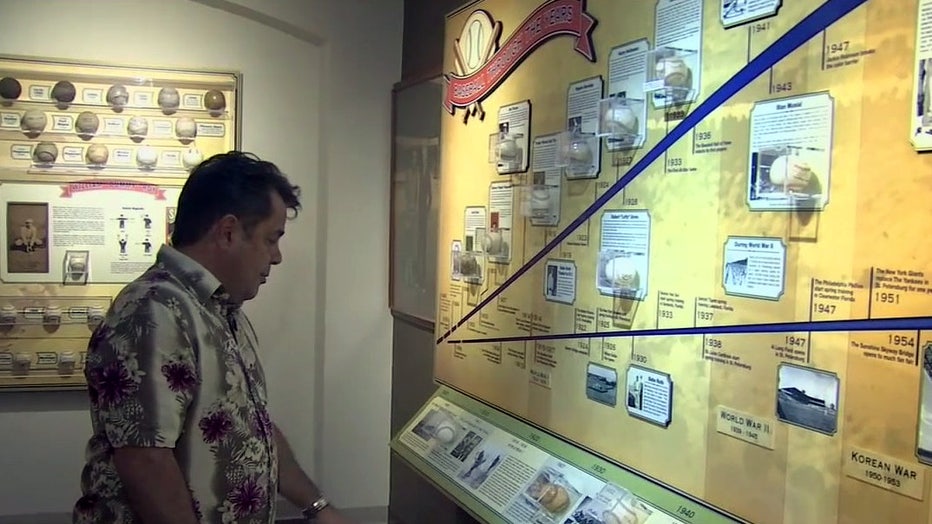 Today, the collection has become a show, known as "Schrader's Little Cooperstown," at the St. Petersburg Museum of History.

The museum organized items by category and subcategory. The overwhelming majority are ballplayers known mostly by baseball purists.

However, the museum features more than autographs from baseball players. The likes of Charles Lindbergh, MC Hammer and Kobe Bryant also grace the walls. There are presidents, celebrities, and even a dictator. 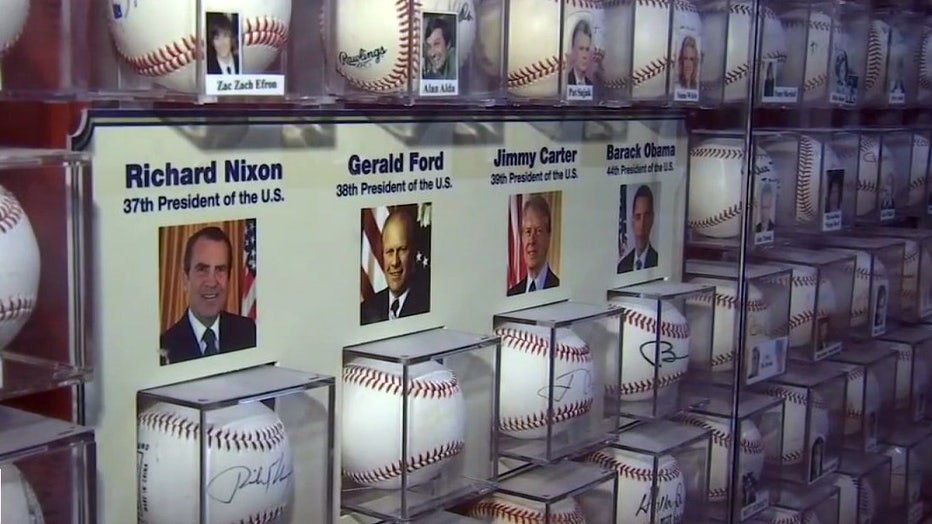 Rui Farias, the museum's director, watches over them all.

"One of the most unique balls of this collection is this ball signed by Fidel Castro," said Farias.

The obvious question is, how many signed baseballs are there? The answer is in the front of the museum, with a sign that says 4,999.

They're not going to put out number 5,000 until they find the perfect person to sign one. 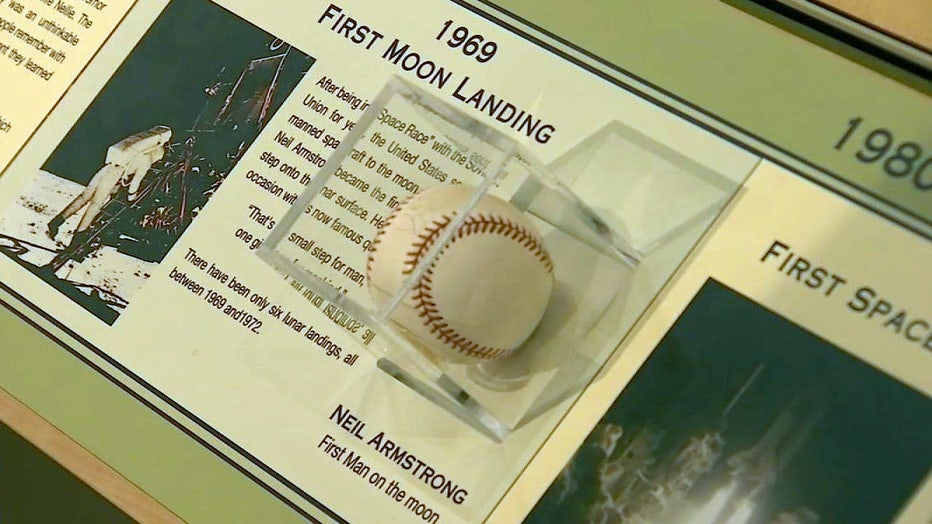 "Somebody that you would look at this autograph and just go, 'Holy cow, how did they get this?'" Farias said.

He and Schrader say plans were in the works to bring in Tom Hanks to do a press conference to sign ball number 5,000, which would have gone perfectly with their section of real-life "League of Their Own" ballplayers. 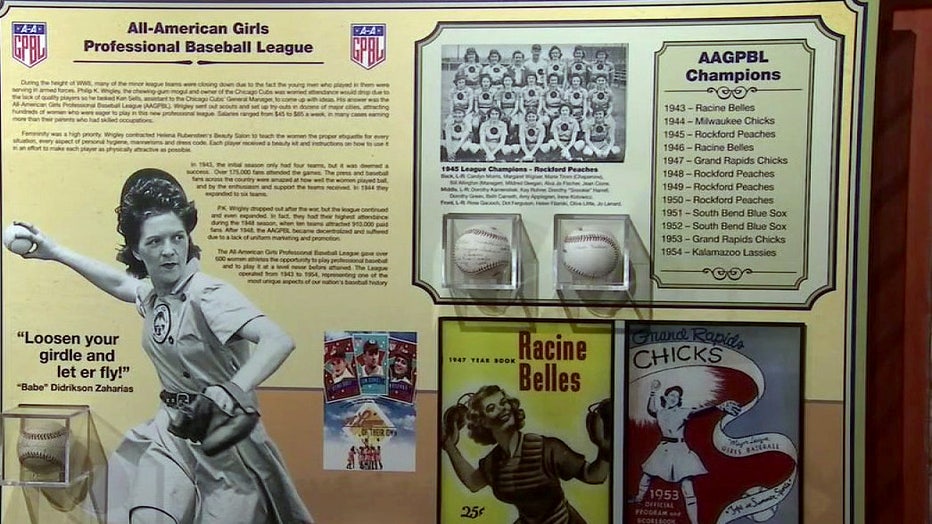 COVID-19 scrapped those plans. That means balls they have waiting, will have to wait.

But this collection -- which is in the Guinness Book of World Records as the largest signed ball collection in the world -- isn't just about round numbers and stunning finds.

"The coolest thing about this exhibit is that we use baseball to teach American history," said Farias. 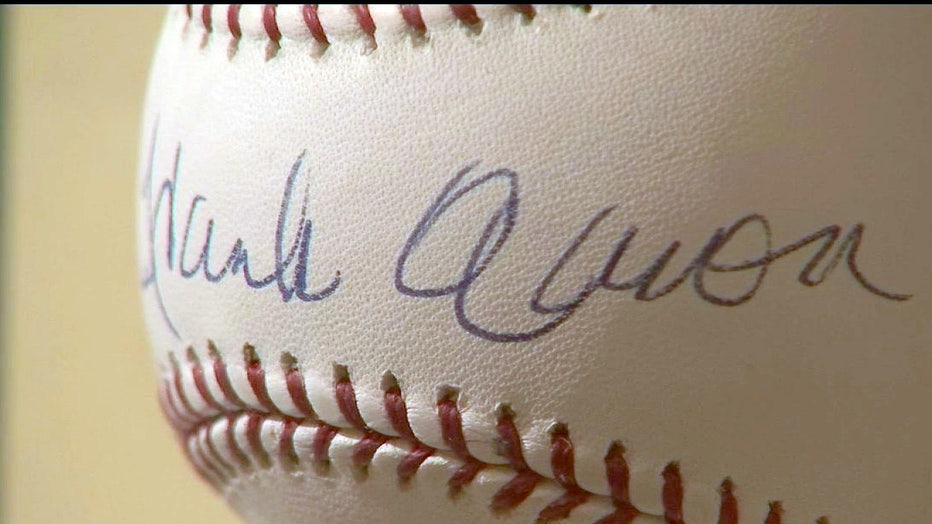 Indeed, they have an illustrated arc of American history, with signed baseballs going all the way through.

"We talk about Joe Dimaggio's streak at the same era as WWII," said Farias. "We have a ball signed by the pilot of the Enola Gay. We have everything from that to Neil Armstrong's signature." 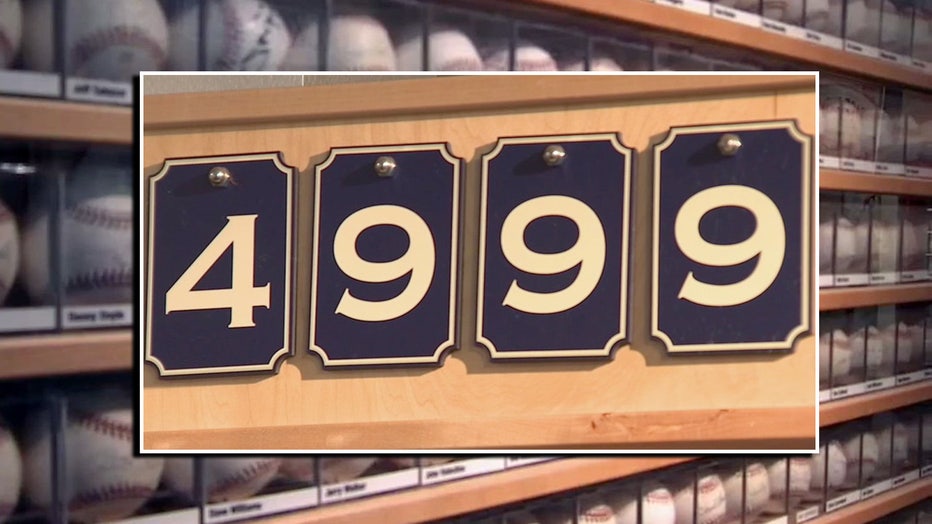 Schrader's collection is a rolling trip through American history, through the names that made it.

"To know it is going to be there forever, it's great," Schrader said. It's part of me, part of my family."

These balls can't talk, but they still tell a story.