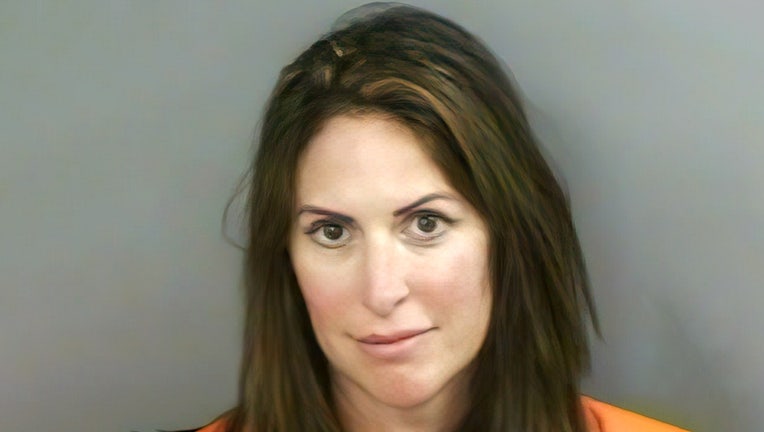 NAPLES, Fla. - A 44-year-old Indiana woman was arrested for DUI after allegedly driving a golf cart over a police officer's foot at an art festival in Naples, Florida, Sunday afternoon.

Police say officers were requested to assist with a traffic stop around 6:48 p.m. Upon arrival, they learned a woman drove a golf cart through barricades on a street designated for pedestrian traffic only, before she was ordered to stop by a lieutenant. She stopped but then attempted to drive forward when the officer was in front of the cart. The lieutenant moved out of the way, however, the driver ran over his foot in the process.

When another officer began to interview the driver, identified as Kelly L. Haney, she stated she saw the barricades but disregarded them because the route was the only way to get to the parking garage. The suspect stated she did not intend to run over the lieutenant's foot.

During the conversation, the officer smelled alcohol on the suspect's breath and noticed she had slurred speech. When questioned, she stated she had two glasses of champagne approximately one hour prior.

The officer asked the suspect if she would be willing to perform a field sobriety test, which she agreed to, according to incident details provided to Fox News.

Based on the oral admissions made by the suspect, observations made during the vehicle in motion, personal contact, and pre-arrest screening phases of the DUI investigation, the suspect was placed into custody for DUI. She was transported to the Naples Jail Center without incident.

Online Collier County Sheriff's Office records show Haney was charged with DUI - blood alcohol level .15 or greater. She bonded out Monday, but has a court date set for Feb. 3.