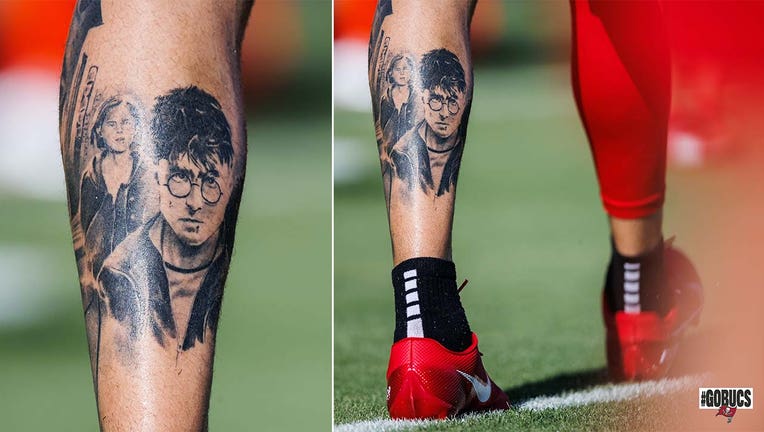 TAMPA, Fla. - It's no secret that Mike Evans is not only one of the best wide receivers in the NFL, but the Muggle-born is also a big Harry Potter fan. Enough so that he got a new tattoo of the main characters from the blockbuster films.

This week, during training camp, he revealed the new ink on the back of his left calf. It shows Daniel Radcliffe, the British actor who played Harry Potter in all eight films, in the forefront.

The team shared a photo of the tattoo asking, "Guess who?" along with a magic wand emoji.

It's also not his first Harry Potter-inspired tattoo. 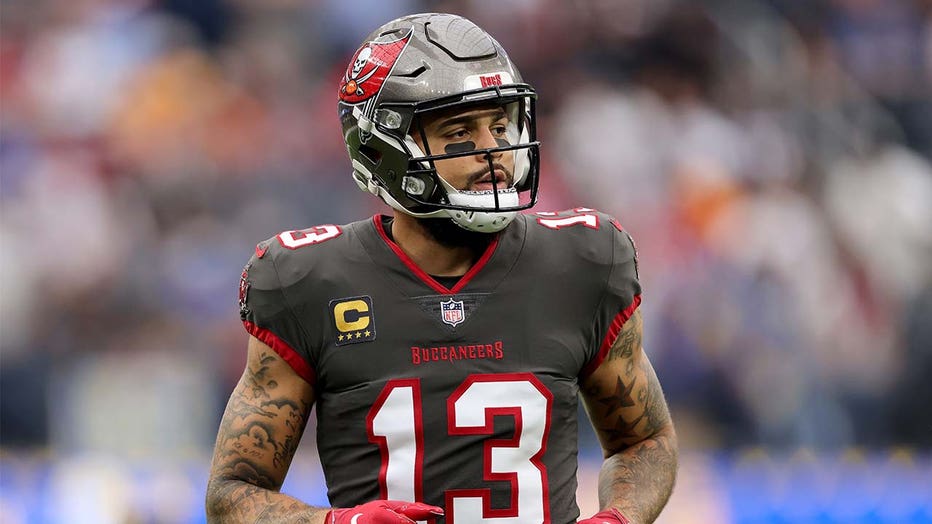 INGLEWOOD, CALIFORNIA - SEPTEMBER 26: Mike Evans #13 of the Tampa Bay Buccaneers during warm up before the game against the Los Angeles Rams at SoFi Stadium on September 26, 2021 in Inglewood, California. (Photo by Harry How/Getty Images)

"In second grade, my teacher Mrs. Jones read us the first Harry Potter book, and then ironically enough the movie came out after she read us the book, so she told everybody to go see it," Evans recalled while visiting the Wizarding World of Harry Potter at Universal Orlando for the first time. "I saw it, fell in love with it."

"People have their stereotypes, but it's just being comfortable with what you like," he added in a video shared by the Buccaneers. "I love Harry Potter. I grew up on it. I'm a little bit of a nerd when it comes to Harry Potter. Whatever you have a passion for just enjoy it."