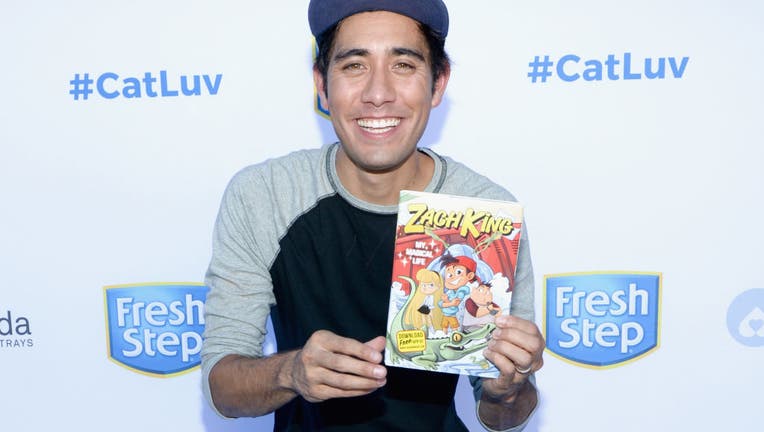 LOS ANGELES - A former producer for a YouTube personality and illusionist is suing her ex-boss, alleging he portrays himself as having a "Christian persona," but in reality is a "gifted liar" and "narcissist."

Logan seeks unspecified damages in the suit brought Thursday. King could not be immediately reached for comment.

"This case is about the discrimination, abuse and illegal conduct perpetrated and/or condoned by Zachary King in his quest to become a rich and famous social media personality," the suit states.

King, 31, is a social media celebrity who shot to fame performing in magical illusion videos, which are highly staged and edited to appear as if King is performing magic. He has more than 12 million YouTube subscribers, more than 24 million Instagram followers and more than 66 million TikTok followers.

"Zach King falsely attracts brands to work with him based upon a charming, clean-cut, Christian persona," the suit states. "In truth, Mr. King is a gifted liar, a narcissist who believes the rules do not apply to him and a misogynist. Unfortunately, plaintiff Elisabeth Logan found this out the hard way when she began working for Zach King at 23 years old."

Within a few months, King -- who like Logan graduated from Biola University in La Mirada -- requested that the plaintiff work full-time for King Studio with promises of opportunities to further her desired producing career in film and television production, according to the suit. She was given the title of producer in February 2016, the suit states.

But throughout 2016 and 2017, King consistently excluded Logan from any involvement in the development of television or film projects, despite his prior promises to the contrary, the suit states.

Logan also was expected to pick up the slack of her male colleagues, who spent days horsing around or napping, and King questioned Logan's ability to advance in her career because he thought she should be a wife and mother, according to the suit.

King fired Logan over Zoom in May 2020 and during the video conference, he acknowledged that the termination would come as a "total surprise" to the plaintiff, the suit states.

While acknowledging that Logan's work was always "great" and "impressive," King said he fired her because she "complained too much," the suit states.

"As part of Mr. King's continuous pattern of misogyny, Mr. King told her to `think of it like a breakup,"' the suit states.