Bucs in OTAs without veteran players

TAMPA, Fla. - The Buccaneers hit the field for their first offseason training activities looking nothing like Super Bowl champions. Not a world championship starter was in sight.

"I just told them, 'Don't be here,'" Arians said. "I'd love to have them in the meetings, watching film, do some team-building. We've had some guys come in and out. But as far as if you were a starter, you weren't gonna be on the field anyway."

Tom Brady has begun his private offseason work with his veteran teammates. This year, he's not using Berkeley Prep's field, instead electing to practice at the New York Yankees' spring complex about a half-mile away from Buccaneer headquarters.

And unlike during last year's pandemic, when players were not allowed in team facilities, Arians would like Brady and his bunch to use the team’s facilities.

"Last year was so different because of the pandemic," the coach said. "This year they can be here. Like I said, they wouldn’t be practicing but they could be working on this field. I’d love to see them all out here together." 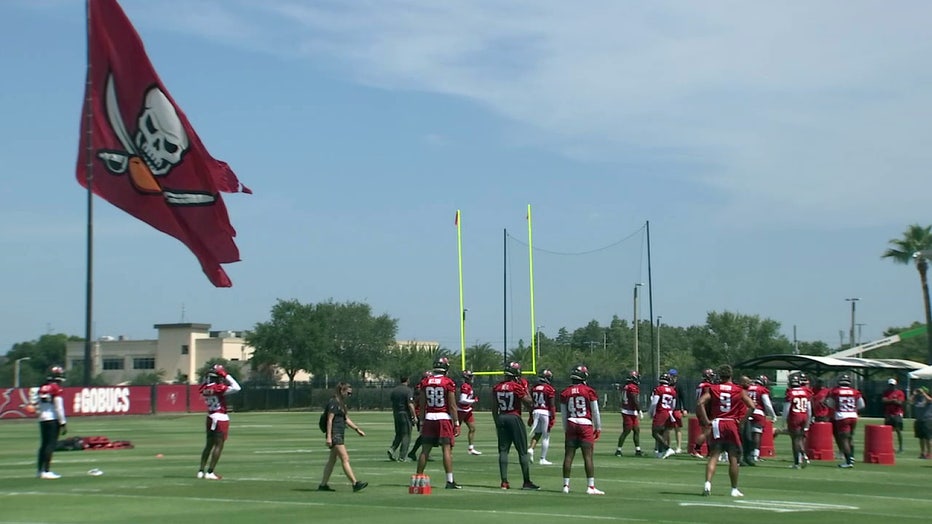 Brady working out must mean his surgically repaired knee is doing well.

"Yeah, he felt great yesterday," offered Arians. 'I talked with him this morning and he said it's the best he's felt."

The Bucs have cut down their offseason work from 10 of these days to six. These workouts are strictly for this year's rookie class, undrafted free agents, and veteran backups -- like tight end Tanner Hudson, who received plenty of action on Day 1.

"Going against the rookies like that, I really enjoy it," said Hudson, a four-year veteran. "They're new here. They're trying to make a name for themselves, so I know they're going to give it their best every single play. Which only makes me better." 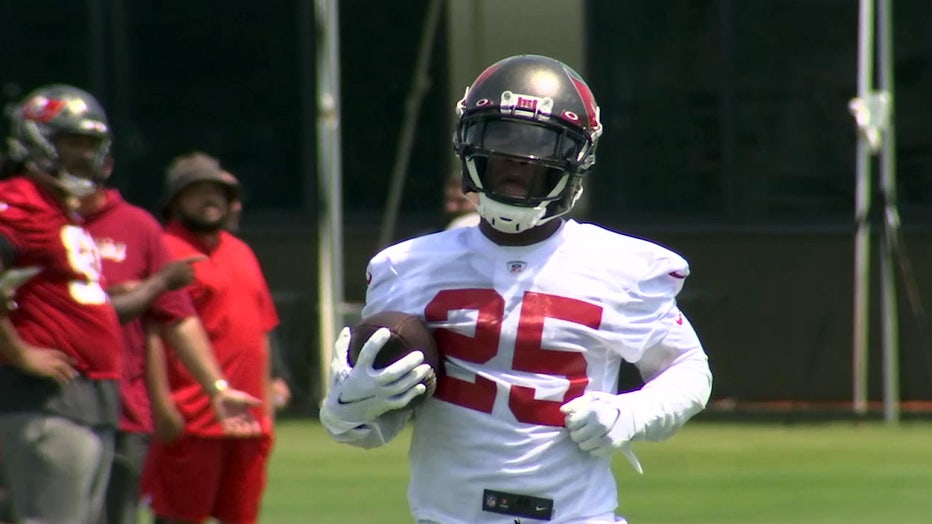 Running back Giovani Bernard, who signed as a free agent, has the best chance of seeing playing time this season. With him being the new guy, he felt the need to be here, although he's also working out with Brady and the bunch.

"It's been a little different to be able to bond with the entire group, bond with the entire locker room," said Bernard, a nine-year NFL veteran. "Obviously the throwing sessions that I have with Tom, I've been able to meet some of the guys through that. So, that in itself is super valuable."

"He did great today, I mean he's really smart," said Arians. "He picked everything up and, you know, obviously he's been working with the older guys too. But he looked really good."

The Super Bowl starters will only be required to show up for minicamp the second week of June for just three days. Then they're off until training camp at the end of July.