37-year Land O' Lakes coach not letting up during playoffs

LAND O' LAKES, Fla. - Calvin Baisley Field is home to the Land O' Lakes High Gators baseball program. The field is named after the legendary coach, Calvin Baisley. Such commemorations are typically done after a legend is gone, but Baisley is still very much the head coach.

"I've put in a lot of time out here, and I've probably looked at that sign maybe three times," Coach Baisley said of his field namesake. "It's an honor, but I don't think about it a whole lot."

Coach Baisley is in his 37th year as the Gators head coach, with an additional five he initially spent as the JV coach. When it comes to Land O' Lakes baseball, you name it, Coach Baisley has had his hand in it, from on-field product to maintenance of the field itself.

"It's a hobby," Coach Baisley said of his maintenance responsibilities. "I enjoy making our field look good, and it's fun."

Field maintenance can't quantify Coach Baisley's fingerprints on the program, but former Gators who made it to the Major League can. Their names are displayed along the left field wall at Calvin Baisley field. They're a fitting tribute, as Coach Baisley credits the players for what keeps him coming back after all these years. 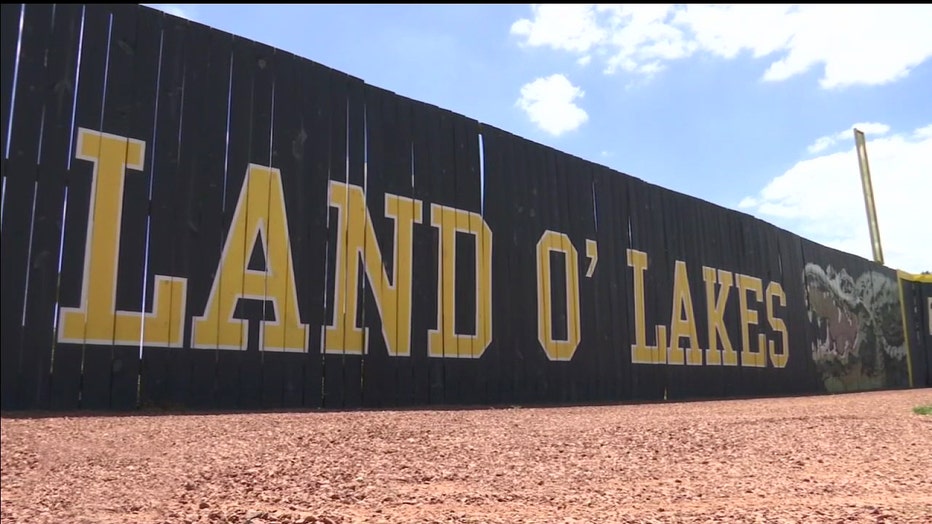 "I like baseball, and I enjoy coaching baseball, but I've been lucky," Coach Baisley said. "I've had a lot of really good kids to work with. I'm lucky."

"When guys show up here and throw 90 miles per hour I become a lot better coach."

The Gators have never won a state championship, but with the 2021 squad already five rounds deep in the FHSAA State Playoffs, this is the closest they've ever come under Baisley.

"I have a lot of gratitude for Coach, and gratitude for my teammates," junior catcher Daniel Vusot said. "Obviously this is a team effort."

"We still have a lot to accomplish, but it is pretty cool knowing that this is the furthest that he's gone," added senior pitcher Brian Holiday. "Hopefully we can go further."

Regardless of how the current playoff run ends, don't expect the Gators to be led by anyone but Calvin Baisley for a while.

"My grandson is a freshman," Baisley said with a smile. "I'm here for three more years at least."