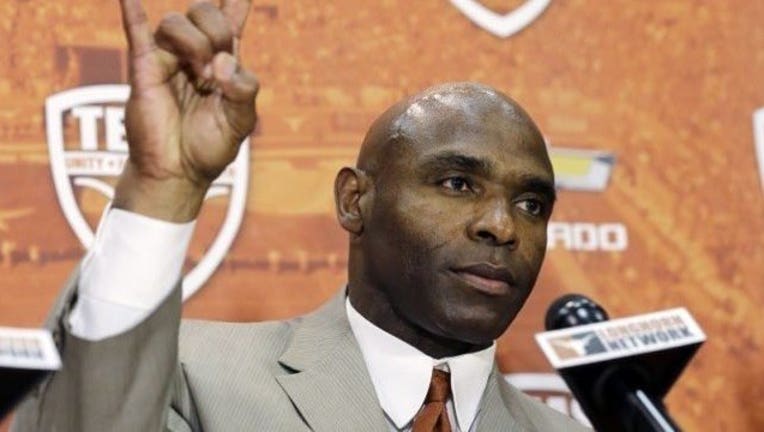 TAMPA (FOX 13) - The University of South Florida announced Sunday that former Texas coach Charlie Strong has agreed to become the next football coach for the Bulls.

“Charlie is a tremendous leader and mentor for our student-athletes and a widely-respected coach with a resume full of achievements at the highest levels of college football. He combines a drive to win with great integrity and deep, long-standing connections in the state of Florida. The future of USF football is very bright under his direction," USF Director of Athletics Mark Harlan said.

Strong was fired the day after coaching his final game with the Longhorns last month, and it took him three weeks to land another job. At No. 25 USF, he will replace Willie Taggart, who left to become coach at Oregon just a few days ago.

Strong was 16-21 in three seasons with the Longhorns after replacing Mack Brown. Before going to Texas, Strong was 37-15 in four seasons as head coach of Louisville.