TAMPA, Fla. - Brad Johnson led the Buccaneers to their first Super Bowl and now, 18 years later, he's quickly becoming an internet hit. What started out as a way to fill the days during the pandemic lockdown with his family has grown into a social media passion – and he's not a one-trick pony.

"You have to do them in a row without editing," Johnson told FOX 13 Sports. "No splicing, none of that kind of stuff. Just had fun with it, to be honest with you. I don't know much about social media, but I've started Twitter and Instagram and those kind of things. Just put it out there. Honestly, Kevin, I get exercise from it and it's just something different."

How long does it take to master his amazing shots?

It's a newfound fame for Johnson, who's now getting noticed more for his videos than his professional football career. 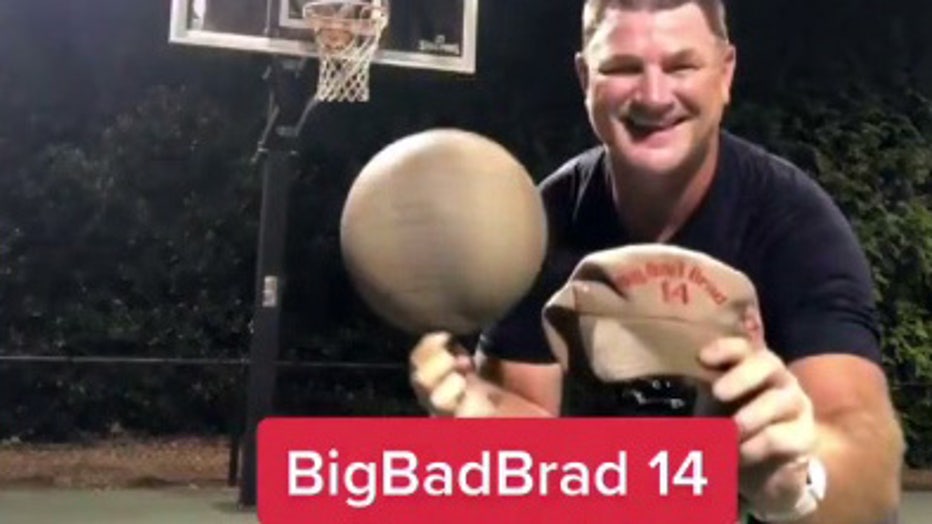 "I was at a convenience store and some guy [says], 'You're that guy that makes all those shots aren't you.' He's having fun with it and some other guy walks into the convenience store, 'Hey, Brad what are you going to do today?' Then a third guy comes in pulling in his truck, ‘Holy smokes what's next.'"

He's getting known as TikTok Man and even his former teammates have become fans.

"They want my hats," said Johnson. "They think I'm crazy. [My son] Max is at LSU; he's the quarterback down there. The whole team wants hats. Everybody is checking out, ‘What is he going to do today?’"