Orson Charles is done playing in the NFL, but not retired

TAMPA, Fla. - Orson Charles starred at Plant High School during its football zenith. He played for the 2008 state championship team, then became an All-American tight end at the University of Georgia.

The NFL came calling next; he was drafted in the fourth round of the 2012 draft by the Cincinnati Bengals.

Now, after seven NFL seasons, he is done playing. Just don't use the word "retired."

Charles now owns his own construction company. "I'm full speed into real estate, I do fix and flip, and I'm going to do a subdivision next."

He also is a co-founder of One Sports RX. Charles, along with partner Dwight Ross, is helping athletes stay on the field.

Trench Academy owner Taylor Scott explains how Orson Charles and One Sports RX are helping to consolidate all of the training needs into one location.

"NFL players have come to the Trench for years and years and years to get some of the best training in the world," Scott said. "Now, we're able to have this entire rehab and recovery process that allows them to come in every day and get cryo therapy, the infra-red sauna, to get worked on by some of the best physical therapists in the state. An entire team that's built around building the athlete." 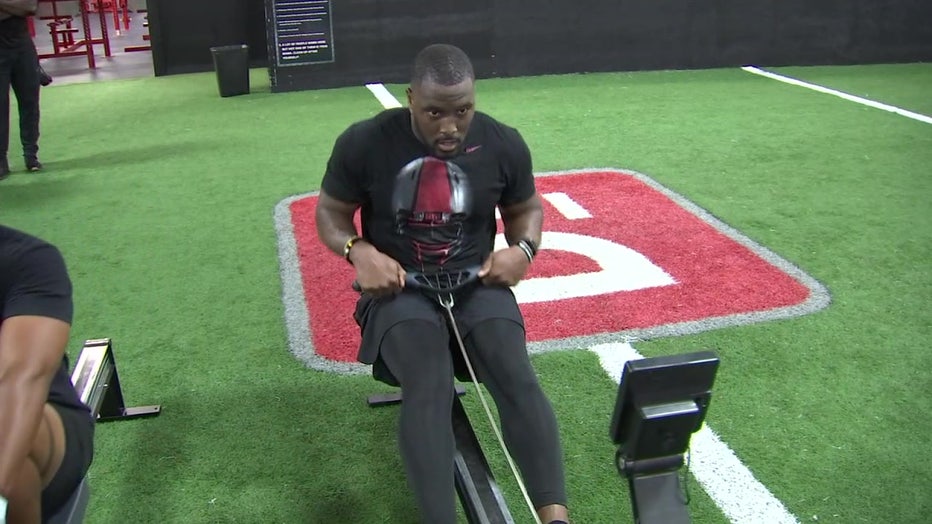 Orson Charles says it's not just about getting to the elite level. It's sticking.

"It's not getting into the league; it's how long can you stay there," offered Charles. "Every year, there's a draft, every year there are younger guys. What are you going to do hold your position?"

The answer, says Charles, is work. Invest the time, energy and sweat required to stay on the field.

Passing that message on to the next guys coming up led to Charles partnering with Dwight Ross. The idea is to provide one central location where all the facets of that physical investment can be addressed, from the warm-up to the cool-down and beyond.

"You can get everything in a one-stop shop, that's what we're providing for them," Ross said. "So they don't have to bounce around town. I have guys with the Steelers, guys with the Chargers and they always said, 'I've got to go here for acupuncture, and on Friday I have to go over here for cryo.' Now, it's just much easier, all in one spot."

Orson Charles has more than a business interest in this venture. He wants to see those following him succeed. His head coach at Plant High School was Robert Weiner, and the Coach often talked about his players "standing on the shoulders of the giants who came before."

Now Charles is one of those giants.

"That's why I want to invest in the gym," he added. "Bring the youth in, teach them about the skills, how to take care of their body so they have the best chance to be successful, whether they go to high school college or the NFL."