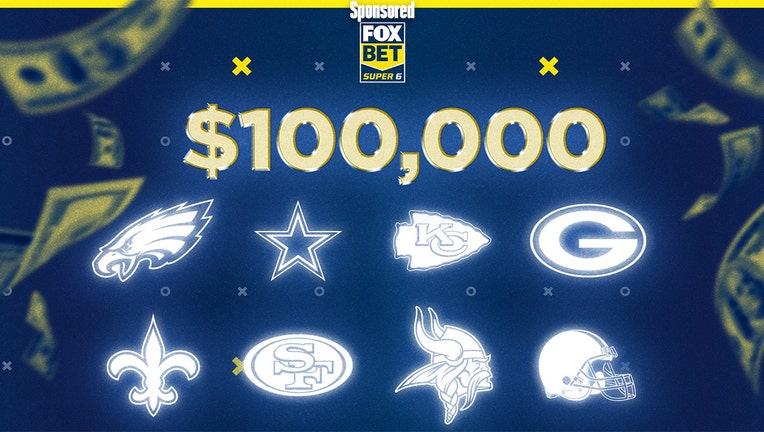 Thanksgiving is right around the corner, and the winter holiday season is just behind the calendar's greatest day of football and feasting. But for now, it's time to dive in on this week in the NFL, which features one of the most-anticipated games of the entire season.

And as Week 11 looms, you have a chance to win big yourself with FOX Bet Super 6! This week, FOX Bet is giving away $100,000 of Terry Bradshaw's money absolutely for free. All you have to do is download the FOX Bet Super 6 app, enter the NFL Sunday Challenge and make your picks on six games from Sunday's Week 11 slate. If you're right, you'll have a shot at the grand prize!

The Packers have won three of four against Mike Zimmer’s Vikings, but if anyone has a clue about which Minnesota team will show up this week, please also give me the upcoming lottery ticket numbers.

Kirk Cousins has the best touchdown/interception ratio in the NFL (18 TDs, two INTs), and the Vikings are the only team in the NFL to lead by at least seven points in every game this season. And Minnesota is 4-0 against the spread as an underdog this year. That’s the good. The bad? For starters, they only have one win over a team that currently has a winning record (Chargers).

When Minnesota plays good teams — the Packers are 9-1 against the spread and have won eight straight with Aaron Rodgers at QB, so yes, they’re very good — the Vikings lose. They lost by one to Arizona, by four to Dallas (with Cooper Rush at QB) and by three to the Bengals and Ravens (both in overtime). If the Vikings want to save Mike Zimmer’s job, this is a must-win, with three road games in their next four, plus a home date with the Rams on Dec. 26. I don't see it happening.

Pick: Packers to win by 3-4 points

This is a rematch from last year’s 24-21 Eagles win when then-rookie Jalen Hurts had 273 yards of total offense in his first career start and snapped the Saints’ nine-game winning streak. (Taysom Hill was the Saints' starter in the game and had two turnovers.)

The Eagles like to set up the pass with the run — they have rushed for 175+ yards in three straight games (two wins) — and Hurts is developing a rapport with rookie DeVonta Smith (3 TDs in the last two games). Still, expect the Saints to be ready for Hurts’ dual-threat attack this time around, as they boast the league’s premier run defense. The Titans were held to 66 rushing yards on 29 carries by New Orleans, with the longest rush going for seven yards.

As someone who bet the Eagles last week, it was a fortunate result despite the final score, as Denver imploded repeatedly, going 1-for-5 in the red zone and just 1-for-3 in goal-to-go situations. An 88-yard fumble was returned for a touchdown as the Broncos were marching to tie the game at the end of the third quarter.

Even though I lean the Saints here, Trevor Siemian has been so poor in the first three quarters for two straight games; asking a journeyman to deliver fourth-quarter comebacks every week is too tall an order.

Sunday is shaping up as the Cam Newton revenge game against Ron Rivera. Washington had multiple opportunities over the last few years to scoop up the QB that he paired with to get to the Super Bowl — and passed every time. Meanwhile, Newton is taking first-team reps this week, and Carolina coach Matt Rhule made it sound like Cam could be the starter on Sunday. Gamesmanship? We’ll see.

The Panthers, amazingly, are just one game back in the loss column of Tampa in the NFC South. The defense has been the story, holding Arizona (and its two backup QBs) to just 169 yards and 3.2 yards per play. Look closer, and Carolina bottled up Mac Jones and Matt Ryan recently, too. With a healthy Christian McCaffrey — Washington ranks 25th defending RB passes and CMC is always a threat out of the backfield — the Panthers should have a lot of success against the Chase Young-less defense.

Washington is coming off an impressive 29-19 home win over Tampa Bay, but the score was a little deceptive. Ten of their 16 first-half points came off Tampa Bay turnovers; the first three scoring drives were 46 yards or shorter. Washington only averaged 4.5 ypp, but Taylor Heinicke’s offense converted 11-of-19 third downs, and a 10-minute drive locked up the game. He was sacked five times. Now, Heinicke goes on the road to face a Panthers defense that is sixth in pressure rate and sixth in blitz percentage.

Washington is just 1-5 as an underdog this season, with the lone cover coming out of the bye last week.

Pick: Panthers to win by 7-9 points

Urban Meyer’s Jaguars have played hard the past two weeks, going 2-0 ATS, including a win over Buffalo. After falling behind 17-0 quickly to Indy — aided by a touchdown off a blocked punt — the Jaguars won the next three quarters and nearly pulled off the upset.

The problem is that the Jaguars' offensive line is atrocious, as Trevor Lawrence was hit 10 times and sacked three times. Not ideal going against linemen Nick Bosa and Arik Armstead, two of the best at their position in the NFL.

The world is going to be on the 49ers here after seeing Jimmy Garoppolo orchestrate a 31-10 win over the Rams on MNF. People probably missed that Kyle Shanahan was in a perfect spot: against the Rams (a team he now has five straight wins over), as an underdog. Now, on a short week, San Francisco has to fly across the country, and they’re laying nearly a touchdown. It’s an ideal flat spot for the 49ers, who have a playoff rematch with the Vikings on deck, followed by the Seahawks. Those two games will carry massive NFC playoff ramifications.

There were many absurd things that happened to the Lions last week that prevented them from their first win of the season. I still can’t get over Jared Goff playing nearly five quarters of football and only passing for 114 yards, and Detroit was +3 in turnovers (!) and still lost.

After that grueling defeat, they now travel again, this time to an angry Cleveland team that just got beaten by 38 in New England. A bad trend has emerged for the Lions this year — they follow hard-fought performances with non-covers. Nearly beat the Ravens! … don’t cover in Chicago. Nearly beat the Vikings! … blasted by the Bengals. Fought hard to cover against the Rams … pummeled by Philadelphia.

The Browns have problems, but the Lions' defense should be the remedy. Yes, Cleveland tumbled from first in net yards per play to fourth after the clunker in Foxborough. But the Lions are 29th. The one red flag for the Browns' defense will be defending DeAndre Swift out of the backfield. Cleveland ranks 23rd defending RB receptions, and Swift leads the Lions in catches.

If anyone is going to be a game-changer on the Browns defense, it might be rookie Jeremiah Owusu-Koramoah, but he’s only played 20 snaps in the last four games due to injury. The Browns will leave their corners to defend 1-on-1 and put eight in the box to stop the run and rattle Jared Goff in inclement weather (rain, mid-40s).

The Cowboys might be the best team in the NFC, but it’s tough to get a read on their defense. It was awful against Denver, but impenetrable against Atlanta. DeMarcus Lawrence might be returning this week, which would give a boost to a pass rush that was led last week by Dorance Armstrong (sack, punt block). If Dan Quinn’s unit has the discipline to play man defense with the two-high safety look — which has flummoxed Patrick Mahomes this season — Dallas should be able to get stops. The Raiders (foolishly) thought they didn’t need the aforementioned defensive scheme, and Mahomes passed for 406 yards and five TDs.

Even though the Chiefs' defense is getting healthier, with Chris Jones and Frank Clark at full strength, I’m not sure they can slow down what is perhaps the most talented offense in the league. The Chiefs have blitzed heavily the last three weeks; they would be unwise to do that against Dak Prescott, who has an NFL-high 16 TDs versus the blitz this season. If he gets his left tackle, Tyron Smith, back, it’s even better news for Dallas. Prescott has three receivers who can win 1-on-1, led by CeeDee Lamb (leads Dallas in receptions, yards, average, and TDs).

Pick: Cowboys to win by 3-4 points

Packers to win by 3-4 points

Eagles to win by 1-2 points

Panthers to win by 7-9 points

Cowboys to win by 3-4 points

Play FOX Bet Super 6 every week for your chance to win thousands of dollars, including a $10,000 prize on the Big Noon Kickoff game of the week, the weekly College Football Saturday contest and, of course, the Sunday NFL Challenge. Just download the FOX Bet Super 6 app and make your picks today!