"On the biggest stage possible in front of millions, this young man will crack.  He’s not battle-tested like me," Paul proclaimed from Amalie Arena.

Paul, a 24-year-old social-media star, is 4-0 in the squared circle, although he's never faced a true boxer.  He's coming off a decisive victory in his last fight against former UFC champ Tyron Woodley.

Paul, loathed by his critics, says he wants to change the sport.

"I think boxers need to make content, they need to be on TikTok," Paul said.  "They need to learn how to brand themselves." 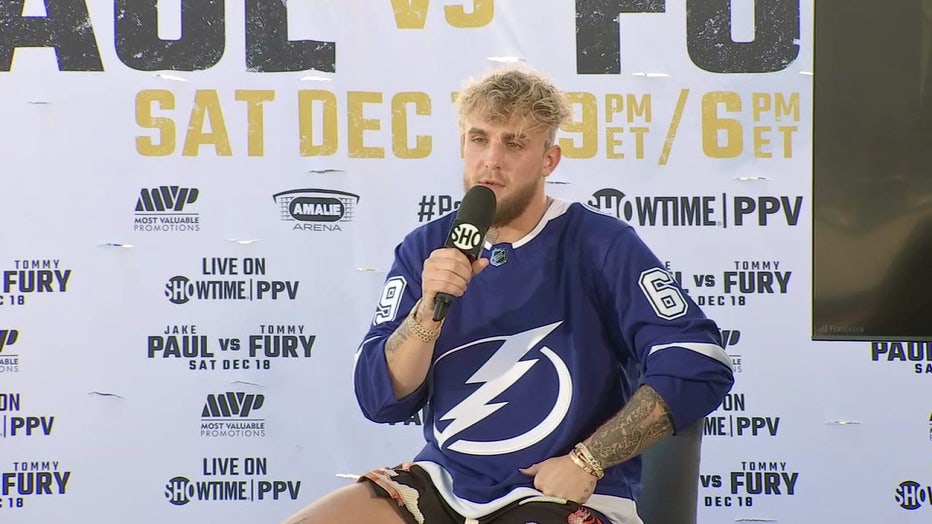 "I’m not nervous at all for Tommy as well.  I just don’t see how Tommy can get it done. I have my opinions. I just don’t think he has it.  He's pretending to have it," said Logan Paul, Jake’s older brother.

"I’ve mastered putting on a show. That’s what I did my entire life, and I’m bringing that into boxing because there needs to be a little spunk," Jake continued.

Joining via Zoom, Tommy Fury didn't take too kindly to the jabs from the Paul brothers. 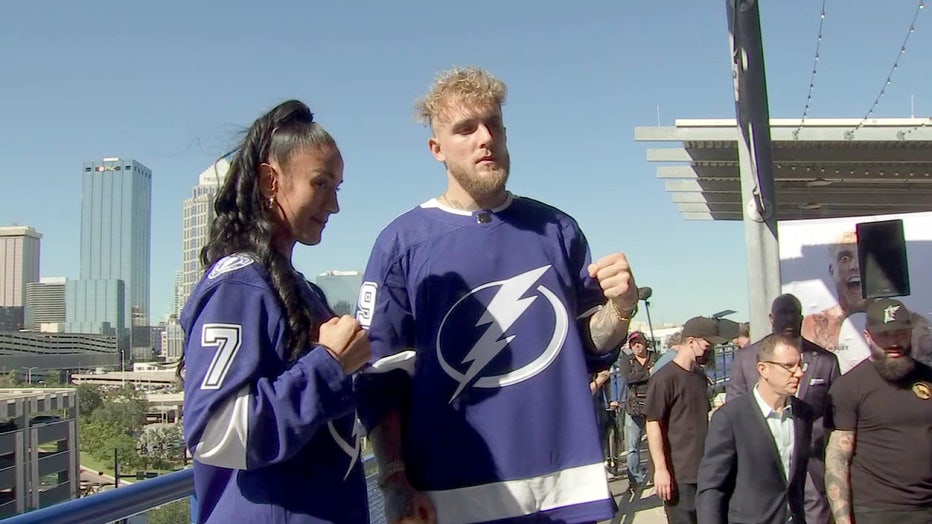 One way or another, one of them will experience a potentially career-altering first loss and set social media on fire.  As for why Tampa was chosen as the host city?

"Baby, Florida is one of the greatest states in the world. Shout out to DeSantis. Look at the weather. Look at the view," Paul exclaimed.

Paul says he also wants to raise awareness of boxing's female fighters, which is why the co-main event will feature Amanda Serrano, one of the best female boxers in the world.