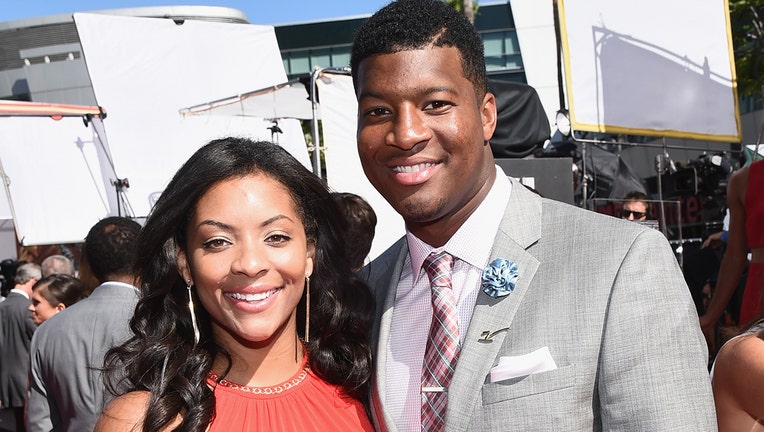 Winston and Allen had an “intimate” home wedding after their initial ceremony had been postponed because of COVID-19, she said in an Instagram post on Sunday.

“A week when nothing was going as planned. Our initial wedding had just been postponed and I was in a funk. But [Winston] came through and put together a beautiful intimate ceremony in the privacy of our own home. And it seemed it was meant to be this way all along," Allen wrote.

The picture shows the two holding hands in what’s presumed to be a backyard setting with rose petals sprinkling the ground and candles around a pool. Both Winston and Allen had their feet dipped into the water.

Winston and Allen got engaged in May 2018.

It has been a rough few weeks for Winston. The Tampa Bay Buccaneers released the quarterback after he led the league in passing yards. Tampa Bay opted to sign Tom Brady to replace him.

It’s unclear which team Winston will play for next. He may have to wait until after the NFL Draft to land a job. He will likely have to settle for a backup role and hope to leverage that into an eventual starting gig elsewhere.