Gaither Cowboys out to Win it for Ryan

TAMPA, Fla. - Ryan Bowling is as energetic as any 7-year-old, perpetually in motion. Watching him run around Gaither High's football field, you wouldn't know what he's been going through.

Ryan is battling cancer and winning just like his undefeated Cowboys, the team that adopted him back in the spring when they learned of his fight.

"He's just been an inspiration I think with COVID and everything going on," said Jason Silbert, Ryan's P.E. teacher and Gaither offensive coordinator. "I think it was a good time to get him involved with us. I know he's been obviously batting what he's been battling. So I think it's been an inspiration for him as well as our guys. I think he pushes our guys when things are going bad. You know you look down to your wrist band or your helmet and say, 'Hey, if Ryan can go what he's going through. I think we can push through what we are going through right now.'"

'Do it for Ryan' is Gaither's mantra. 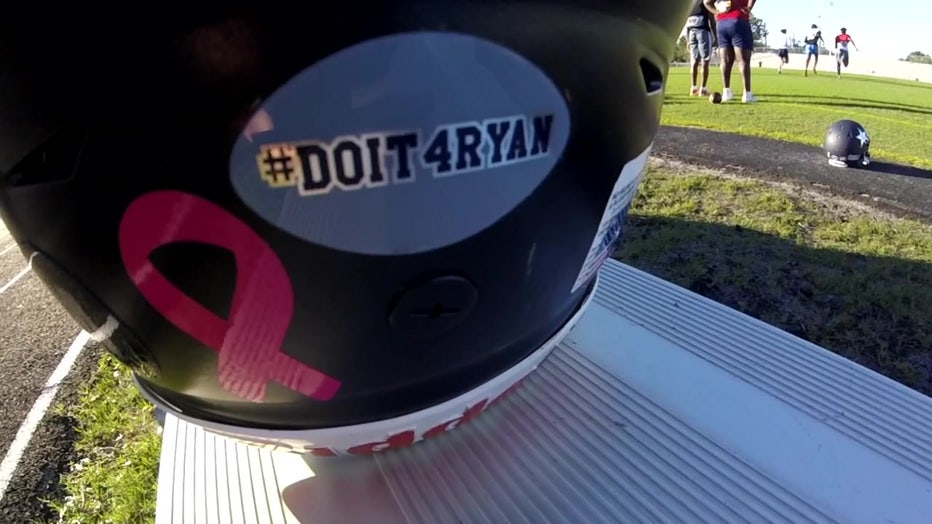 Senior Jordan Oladokun was one of the first to befriend Ryan. He's dedicated this season to him and even changed his jersey number after asking what Ryan what his favorite number is.

"After that, I realized I wanted to wear 12 for him," said Oladokun. "Play this year for him and even in college, if I can wear 12 for him. I'm really big on cancer. My mom had cancer and my great-grandma died of cancer. I really want to support it any way I can, as much as I can. Because I know how much they go through." 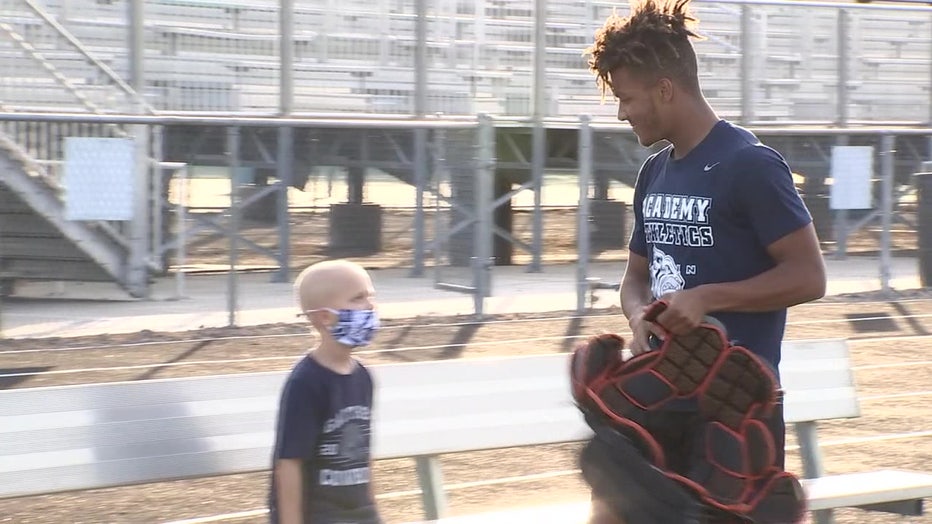 Ryan's mother couldn't be more grateful to the guys from Gaither. She believes it's making a difference

"The treatments are really tough and he does know what the end goal is," said Ryan's mother, Lauren Bowling. "I think keeping that in mind has kind of motivated him. Keep pushing through all the radiation, all of the chemo. Definitely, with the help of Gaither, it's definitely inspired Ryan to keep moving forward, and tough."

"He's young, but I could tell that by him being out here and being around me," said Oladokun. "Coming to the games just to watch us is. I feel it gives him a big smile."

It's been a journey that's almost in symmetry, 42 weeks of football and 42 treatments, both are nearing winning ends.

"Overall he's tolerated everything really well," said Lauren. "He only has two treatments left and hopefully soon we can put all of this behind us."

"That's just my number one goal to just make him feel like he's the man, said Oladokun. "No one can touch him in this whole world. That makes me happy to see him coming out here and watching me and the team play and just win for him. Him smiling, just makes me smile"