Madi and Lauren's fandom, however, has started to take on a life of its own on social media. 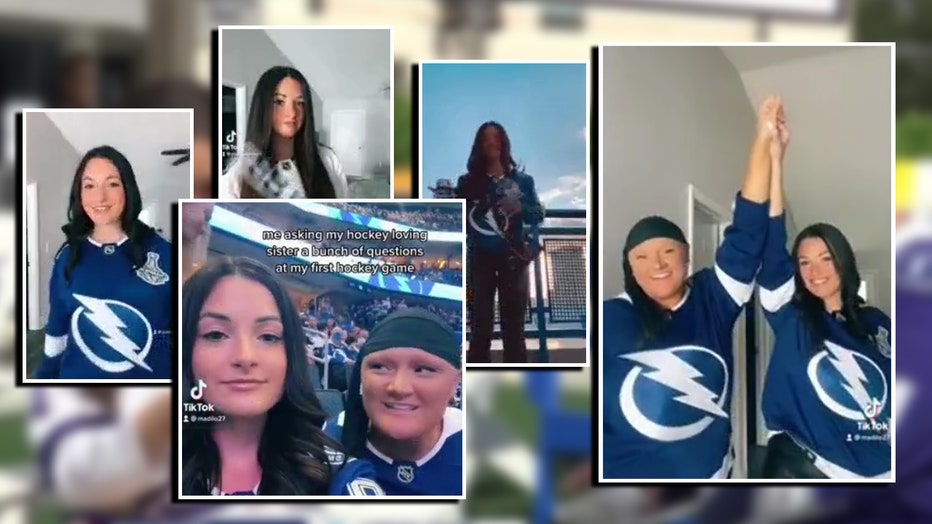 Lauren, who's been a Lightning fan for years, decided one day to post a video displaying her Bolts colors on the social media app TikTok.

From then on, the rest was history as hockey fans from Tampa and across the country started following Lauren's profile.

It wasn't until this season that Lauren convinced Madi to join in on the fun, both at Amalie Arena and online.

"Being able to bond over a team we love so much is special," said Madi.

Now, the two can successfully call themselves content creators after amassing more than a million likes between both their profiles on TikTok.

"I feel like it made me feel special," admits Madi.

FOX 13's Walter Allen talked with Bally Sports' Dave Randorf about the Lightning's return home for their hopeful comeback against the Colorado Avalanche in the Stanley Cup Final.

"People are watching what we're doing and supporting the team."

Madi and Lauren will admit, though, not all the attention has been kind.

"Those New York fans, I will say. Both the Rangers fans this year and the Islanders fans last year," Lauren says.

But thanks to a bond shared between fans and family, Madi and Lauren get to support the team they love while doing exactly what they love.

"It's a sense of community in a big town like this," said Lauren.

"It's special and fun. And I'm happy I get to share it with Madi."