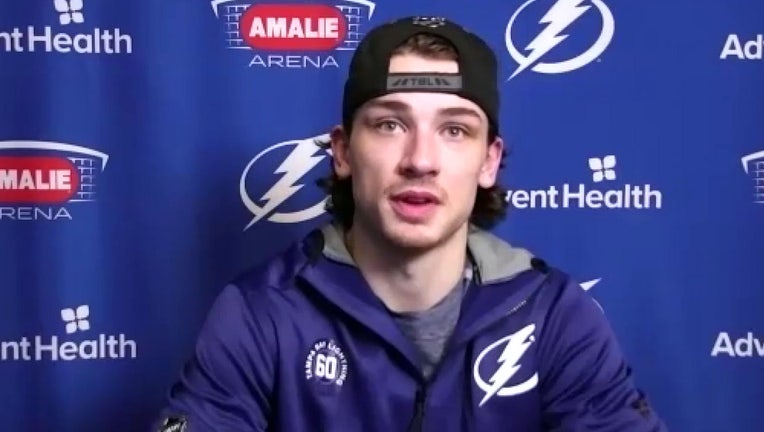 TAMPA, Fla. - At the start of the season, the Tampa Bay Lightning’s rookies had no chance of getting the call from Syracuse, but in a grinding sport like hockey, injures create chances.

For Ross Colton and Alex Barre-Boulet, they're making more than the most of it. Barre-Boulet finally made his mark with his first career goal against Columbus.

"I didn't think about points or goals too much since I got here," Barre-Boulet said. "There's so many great players here that can contribute offensively that I didn't put pressure on myself to do it. I just wanted to play good in my zone, play simple and hard. I think if you play good and you play hard, good things are going to happen."

"It's not like he hasn't been getting his chances, it was just a matter of time," said Lightning head coach Jon Cooper. "Really, I thought he helped the power play get some momentum and clearly a big goal for us. We needed every one of them. But he's been putting himself in the right spots, and it was only a matter of time for him."

Barre-Boulet has only been up with the big Bolts for eight games, while has already been here for nearly half the season. Colton has been the biggest surprise this year, with eight goals in 22 games, the 10th most on the team. 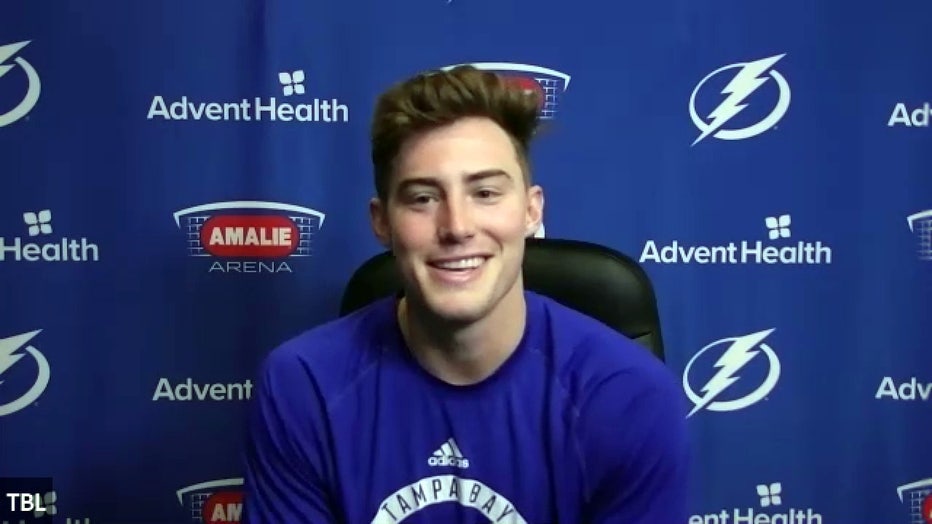 Colton has yet to receive the traditional invitation from either G.M. Julien BriseBois or Coach Cooper to move out of his hotel and into an apartment.

"Still at the hotel," smiled Colton. "Just enjoying it, taking it day by day. It could be worse. I get my bed made every day and I come home to a clean room."

It's keeping Colton hungry to stay.

"I definitely feel like I have some confidence going right now," Colton added. "But I still feel like I have that same hunger from Day 1 that I got called up because we have so many guys here that are still fighting to get in the lineup and if I get a little too complacent, I by no means have my spot solidified."

The Lightning need both Colton and Barre-Boulet to stay hungry and ready.