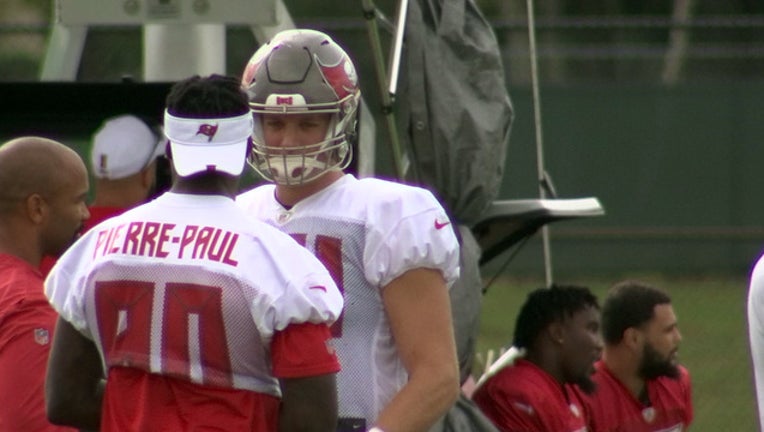 TAMPA, Fla. - It's off to London for the Buccaneers this weekend as they take on the Carolina Panthers for the second time this season, but head coach Bruce Arians says there will be no sightseeing on this trip across the pond.

The Bucs practiced in Tampa on Thursday and then jumped aboard a flight for London. They haven't had a lot of luck playing in Britain, losing their two previous games to the Bears and Patriots.

This will count as a home game for the Bucs and regardless of the location, it's one that they need to win. After upsetting the Rams two weeks ago, the Bucs fell apart against the Saints last week.

There is concern with the Bucs' offense this week as they lost two of their starting right-side offensive linemen against the Saints last week. Jameis Winston was sacked six times, so the number-one key this week is keeping the quarterback upright against a Panthers defensive front that includes former Buc Gerald McCoy.

Meanwhile, Jason Pierre-Paul is not ready to return to full practice, but he was a welcomed sight at practice Thursday. He remains on target to return to action in Week 8, which is after next week's bye.

Arians said he's going to give his team that entire week off -- whether they win in London or not -- except for Pierre-Paul. He will have his own practice schedule and Arians is looking forward to get the pass-rush specialist back on the field.