PLANT CITY, Fla. - When Plant City Soccer's starting goalkeeper was ejected in the Raiders preseason game against Carrollwood Day, Bach Tran was presented with a golden opportunity. To preserve the Raiders' 1-0 lead, the sophomore backup keeper had to make a hard save on a free kick.

"Even though it was a free kick from a tough spot, and he'd been on the bench the whole game we knew from practice that he was capable of making that save," head coach Benjamin Henderson said.

Tran rose to the occasion. A video of him making the save has received almost 145,000 views on TikTok.

"It was actually awesome that he got to experience that because it was his moment," teammate Henry Brito said. "[It was] his moment to shine, and he got it."

Adjusting to scary situations is nothing new to Tran. His family moved to the United States from Vietnam two years ago.

"I love it here," Tran told FOX 13 Sports. "It's different from my country but I've adapted." 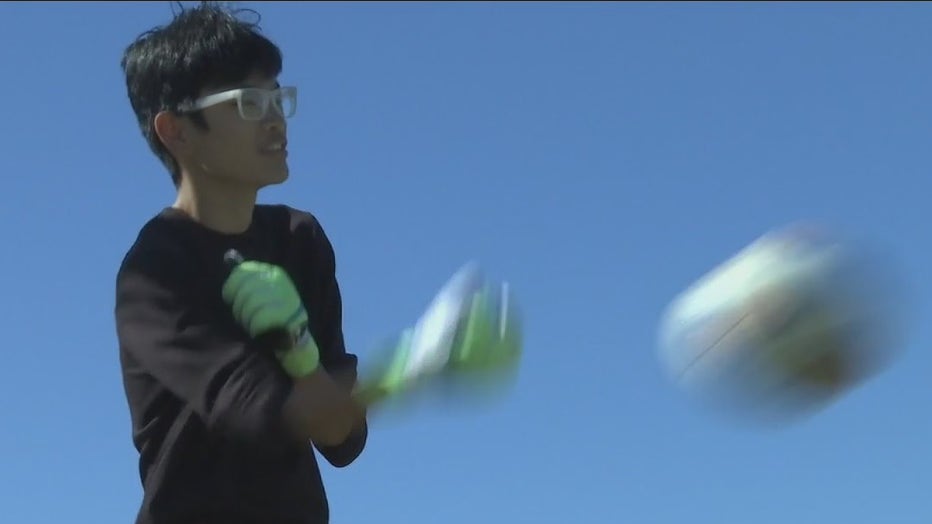 Due to the COVID-19 pandemic, Tran's freshman year was done entirely online, making his sophomore year his first on an American high school campus.

"I love coming to school to meet my friends or do work," Tran said.

"I feel like he's having fun here," teammate Steven Negrete added. "He likes it here so the energy we give him, he's bringing it out his own energy to having fun and everything like that."

Whether it's moving to a different country or having to rise to the occasion in a soccer game, Tran feels like he can conquer the world.