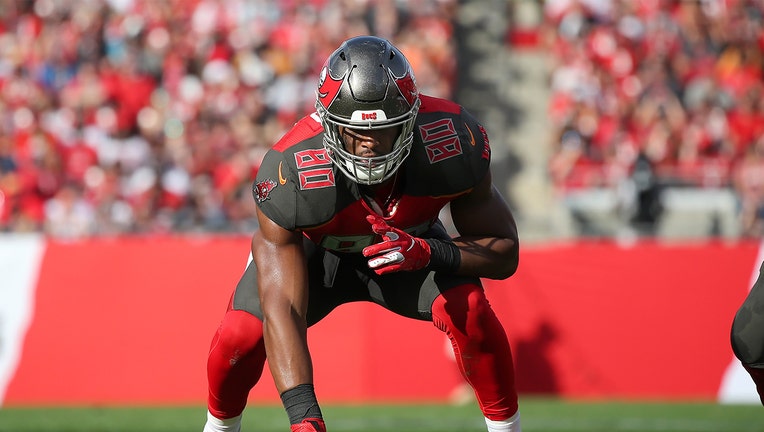 O. J. Howard (80) of the Bucs lines up during the regular season game between the Atlanta Falcons and the Tampa Bay Buccaneers on December 29, 2019 at Raymond James Stadium in Tampa, Florida. (Cliff Welch/Icon Sportswire via Getty Images)

TAMPA, Fla. - The Tampa Bay Buccaneers have picked up the fifth-year option on the contract tight end O.J. Howard signed as a rookie in 2017.

The move Wednesday came a week after the Bucs acquired four-time All-Pro Rob Gronkowski in a trade from New England, prompting speculation that Howard might be traded to make room for the former Patriots star.

Instead, coach Bruce Arians and general manager Jason Licht both said during last week’s draft that they were excited about having three tight ends with the abilities of Gronkowski, Howard and Cameron Brate.

“I don’t think anyone has a better tight end room in the league,” Arians said. “I love playing tight ends. ... I think it’s just going to upgrade everyone. Competition breeds success.”

Howard, slated to earn about $6 million in the option year, had 34 catches for 459 yards and one TD last season.