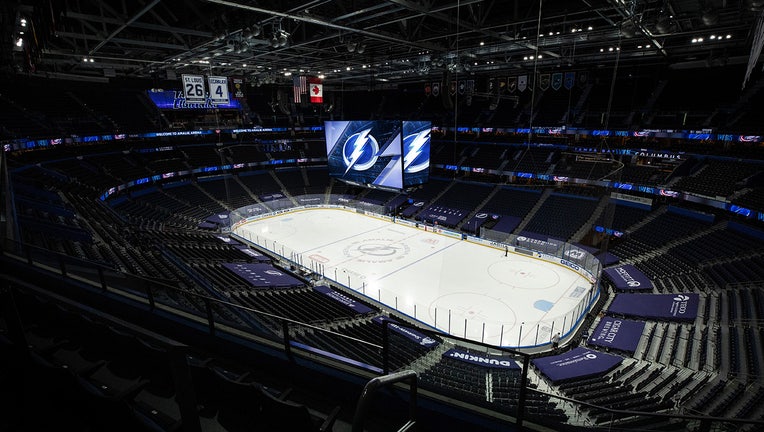 TAMPA, Fla. - It may feel like déjà vu. Once again, the Tampa Bay Lightning has a 2-0 series lead as they head into Game 3 tonight at Amalie Arena.

When they play Thursday night in Tampa, they’ll have a lot more fans in the building to cheer them on. Last week, the Lightning announced an increase in capacity for the second round to host 13,500 fans – that’s about 60% of Amalie’s capacity. For Thursday night, tickets are all spoken for, but plenty are still available on the resale market.

Tickets for the watch parties are still available as of Thursday morning. The Thunder Alley watch part is $5 per person.

The Carolina Hurricanes trail 2-0 in the second-round playoff series against the Lightning, twice losing one-goal games on home ice. Now the Lightning will return home, and time is running out for the Hurricanes to create the one or two breaks.

RELATED: Lightning increasing capacity at Amalie Arena to 13,500 for second playoff round

The Bolts are just two wins away from moving on to the next round.

On Tuesday, the Lightning weathered a late rally as the Hurricanes stormed back into Game 2 in the final seconds. Andrei Vasilevskiy once again came up big for the Bolts with 31 saves in the 2-1 win.

Game 4 will also be in Tampa on Saturday at 4 p.m.